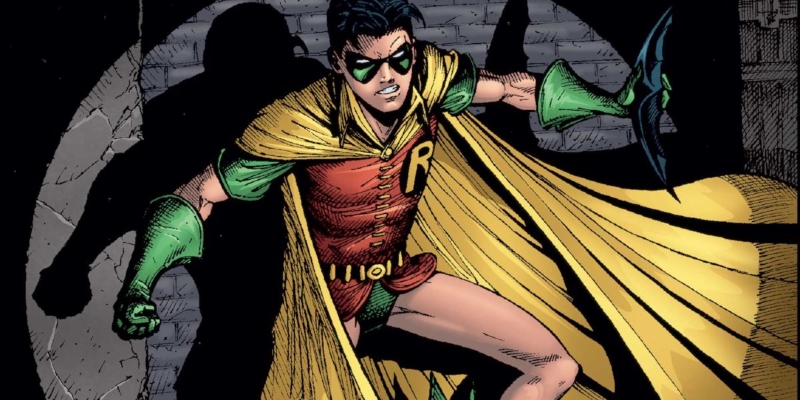 For some time I have used the phrase “Every Batman needs a Robin” to motivate how everyone needs a wingman, a side-kick, a friend. I myself identifying as Robin to close friends, perhaps most prominently Don Quijote, as their forever sidekick. But it recently dawned on me that Batman does not need a Robin. Batman is the hero. Batman is of stand-alone worth by himself. Reevaluating my role in these constellations I came to the conclusion that is probably more accurate to say that every Robin needs a Batman.

A few times the past weeks I have been waking up from dreams of a whole new Batman. In my dreams, we are verging on lovers growing closer despite the distance between us. The emotions that remained with me as I woke up was the feeling of warmth and comfort yet excitement and confusion. It is an odd turn of thoughts, repeatedly encountered during the years, this Batman is a borderline stranger somewhere on the edge of my existence. The dreams do not belong to life as I know it and I ask myself why they appeared at this time.

The past two weeks I have been back in Italy to sort out the residue of my former life, to spend some time with old friends and to remind myself of who I am outside of the confined space of my recent existence. Like many things in life, it left me with different feelings than I expected. It was not the nature of my emotion that surprised me, but rather the lack of it. I felt mostly nothing. Familiarity – certainly, affection – almost, joy, grief, enthusiasm, regret – not really. The past year I have had little stimulation for all the things that traditionally I would say makes life worth living, and I made it my mission to take notice of this, to react less, to be less assertive and fight my selfish impulses. Perhaps this is the reason for my lack of emotional splendour at greeting the mountains and the vineyards of my last home.

But being around does change some things. At Don Quijote’s place, an opportunity arise for a job somewhere in Europe. One evening in the company of Sancho Panza I was given work and life advice on the topic and so on Monday, I head to Venice to meet some people and evaluate the truth-value to this opportunity. Simultaneously, in a smalltown in Sweden a potential junior professorship awaits me. It is a better job. It is the safest route. And as Don Quijote and Sancho Panza angrily point out, it is what anyone in my position should choose, given the option. Yet, my soul is restless still and I ask myself where it belongs.

As Batman sends another picture of himself in a mountain setting I remind myself that the tricks my mind plays with me are self-directed, experienced in isolation from an external entity. Yet he fits the mould of my own personal ideal partner to the teeth. The first time I met him I recall thinking that I better stay away, recalling what happened last time I met such a prototype. Yet what once was only long legs, angled features and narrow eyes grew into demonstrated kindness, humbled confidence and shared interests. It’s a potent cocktail and it’s hard to fight the intoxication.

Sticking with water, I ask myself if these dreams are the embodied concretisation of my soul’s desire to avoid the smalltown life. To stay in Europe, to remain afloat, to remain within the span of opportunity and uncertainty. To latch uncertain emotional desires onto a concrete physical entity to rebalance the scale of my decisions. Or if it is the years of lack of emotional and physical confirmation that builds a mirage of an ideal life devoid of the cruel difficulties attached to it.

Looking at the cloud-covered mountains of Bolzano, I ask myself not who Batman is in my dreams, but what. Isolated from human flesh, perhaps it is as simple as the longing of running from something concrete and towards something unknown.

2 thoughts on “Every Robin needs a Batman”