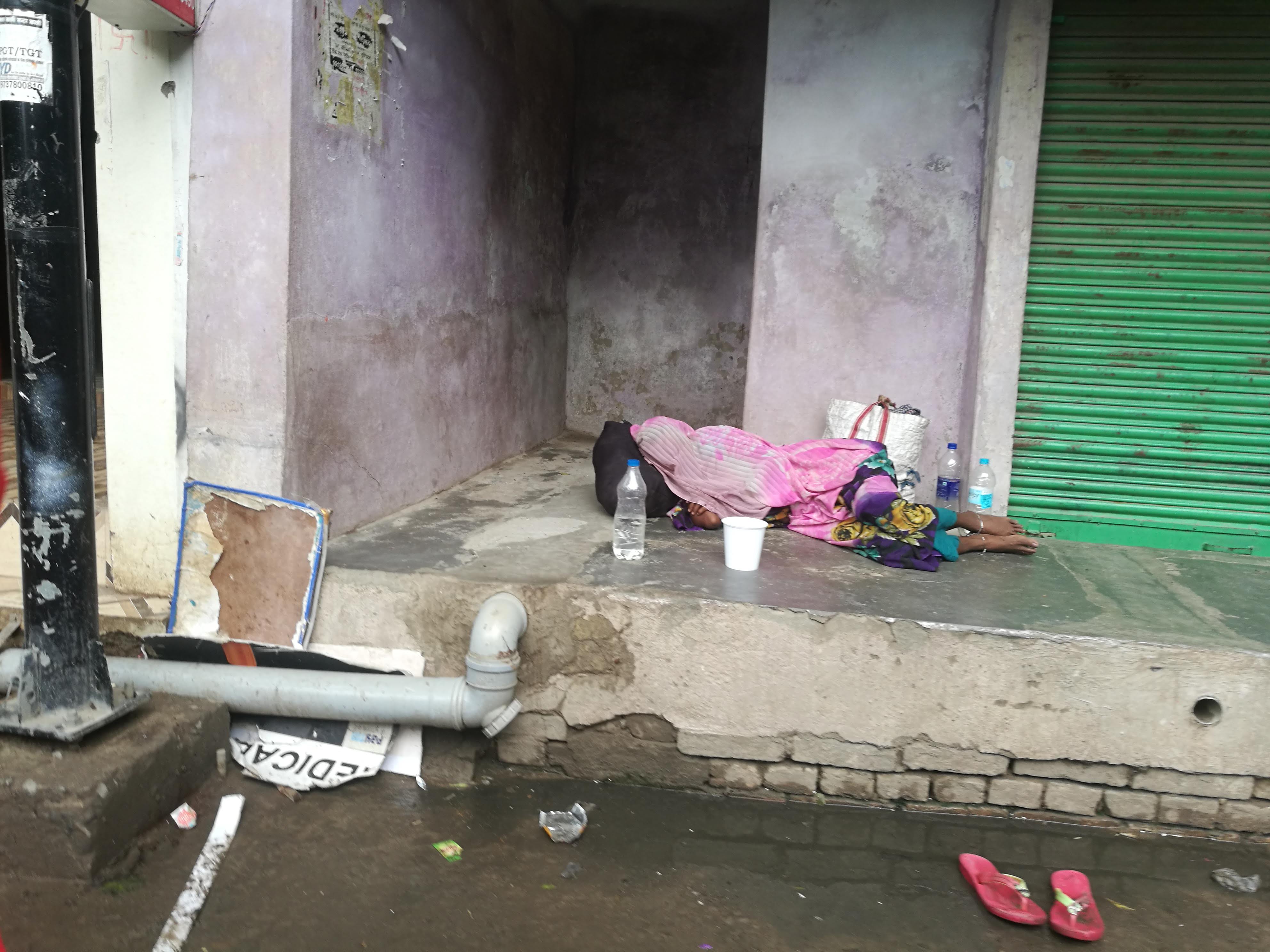 I never feared death much. Death being either the end as the complete obliteration of the senses, or the beginning in the sense of a reaching a new world, a paradise through the mercy of a divine, omnipotent God. Neither outlook any cause for concern.

Many years ago I remember kissing my grandmother goodbye on her cold, white forehead. It was my closest encounter with death and while I was sad to lose her, I was happy to know that she did not have to suffer any longer. Her body simply a shell of who she once was. Years later as I was stepping over bodies wrapped in red and gold fabrics and covered in flowers, it was hard to know what to feel, if anything at all.

Me and my friend Daffodil were in Varanasi, the Hindu city of death, and in the monsoon season’s pouring rain we had, soaked to the bones, made it to the city’s famous crematorium. The knowledge of what was to come but not how to feel, fed the ominous feeling of the walk through the maze of piles and piles of black firewood. The rain had turned the paths into puddles of mud mixed with ashes and general garbage and it was hard to keep the feet from slipping. Everywhere cows and dogs were looking for food and shelter also in this rather obscure part of town.

Lodged on a platform next to the river Ganges was the crematorium itself. Up a short staircase and with a ceiling not higher than 2,5 meters eight furnaces were burning with enough heat to burn through wet flesh and bones.

Squeezing into the tight area, we stood in the corner of the sheltered area together with a few dozen men and piles and piles of firewood. The pouring rain created a curtain to the outside world and it kept the smoke trapped inside. It was hard to breathe and the heat from the furnaces painfully hit our bodies.

The closest furnace was occasionally opened to add more firewood or to increase the flow of oxygen, exposing the burning remains of a body. It was a brutal sight to look not onto but into what unmistakably was a human torso, the last part to disintegrate.

A man started a conversation on a topic I don’t recall, and we asked him why there were only men there. He replied that “death is a man’s job and that a woman’s tears might keep the soul of the dead from leaving”. I am not sure which is worse, that women are not allowed to be there or that men are not allowed to cry.

It is a strange sort of tourism to visiting a burning place for the dead. Intruding on the intimacy of men in grief, yet forbidden to show it, and men simply working to make a living. But we were hardly the only intruders, a few more westerners stumbled into the hot area and stranger still were the stray dogs that roamed the hot area for something to eat, and the two cows who climbed the stairs to, unfortunately, end up there with a similar purpose. They smell and nibble on the dead bodies for food and, to my surprise, no one stops them. The dogs are used to it, but the cows appear disturbed by the heat and the cramped, confined space. In a moment of panic, one of the cows ran amok in the small area and rammed into the crowd that had squeezed into the coolest area. While doing my best to avoid the pointy horns, I lost my footing and only by the mercy of the crowd I was returned to equilibrium. Then the cow was gone and the fires kept on burning.

A few moments later we were overheated and short of breath so we left the small area only to once again be drenched the moment we stepped outside. Seeking shelter we join the old man selling chai under a rain cover just next to the crematorium. Two strangers offer us chai and biscuits and in an absurd analogy to a funeral reception we stand there drenched, smelling of smoke and dead flesh while dipping biscuits into a sweet, spicy cup of chai, our feet ankle-deep in cascading rain water.

Outside of our shelter, a group of men were laughing and cheering. They were dancing around and appeared inappropriately happy. Yet in Varansi, death is to be celebrated. In fact, Hindu people flock to Varanasi not only to bath in the Ganges, but to die. It is believed that dying in Varanasi relieves you from being reborn, a phenomenon called moksha, one of the highest goals for a Hindu. As a consequence, the streets are filled with walking skeletons of men and women. I am not sure if they are starving themselves or if they are ill, but they are inviting death for a visit. For me, a foreigner, it seems like a waste of life.