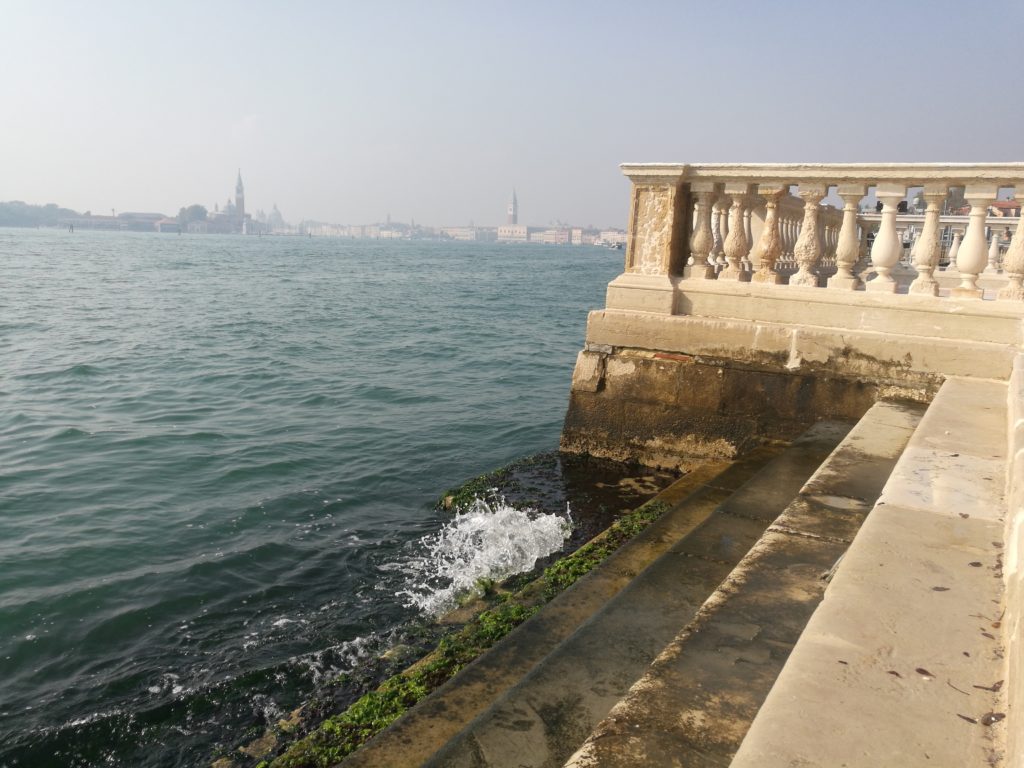 His English accent breaks somewhere between Italian and German. Easily over 80 years old, his hands tremble as he writes down the name of the church he thinks I should visit. In the footsteps of a pandemic, the economic disaster follows closely and behind the gentleman hangs 19 keys to the hotel’s rooms. The 20th, the last one, rests in my hand. I am humbled and almost ashamed when he asks me to come back before 2 am in the morning, so he too can go to sleep. It is embarrassing to have paid 4 euros for the only room he’s currently renting out, booking it through an external service and offered a massive discount. It’s a stupid thing really, but I hope he doesn’t know how much I paid.

The room is very simple. Suspicious stains line the walls and it’s compact in that way I imagine the lodgings of long-ago bachelors trying to change their lives. But the sheets are clean and the window opens. For the price its well above expectations.

It was almost a week ago that I exited the train station in Venice to pursuit an academic networking event on one of the city’s small islands. I recall that as I left the train station, it was not the clouded uncertainty of the future that was on my mind, but the crystal clear memory of my very first visit to the city: A teenager’s first innocent look on the channels with their many bridges, of old buildings that stand not next to the water but in it, the boats and the masks, and the narrow streets that offer a bit of air between the many walls. Together with the collective spirit of history and experiences within the narrow streets, it formed in my mind the portrait of a city of romance and decadence, but also of decay and corruption. Now as a woman, the city is as breathtaking as it was then, and all the times following: a city constant in its magic.

Once more walking the streets in Venice I was searching for a piece of that magic without knowing neither what I was looking for, nor what I would find. Perhaps I was simply expecting beauty, great flavour or maybe an encounter with a stranger, but the nature of magic demands for it to be unexpected. It cannot be dreamed forth by expectations, magic hits you when you least suspect it.

And so it was, that in the periphery of my vision, lodged under a boat hull, I noticed a dark shape desperately fighting with the water. Separated from fish in shape, disjoint from garbage in animosity, the shape turned out to be a bat desperately fighting for its life. Elevated above it on the boardwalk I watched it struggle to grasp onto the boat while repeatedly getting tangled in the floating grass. The action seemed so fruitless and tedious that I was filled with so much compassion that I knew I had to help it get out. The tiny creature’s persistence in the fruitless battle for its life was too beautiful for me to simply walk away and leave it to its ultimate fate, instead, I wanted to share in that strength of the will to live and let live. It hit me that maybe this is how God feels about humanity’s minuscule struggle to live another day…

Without success, I scouted the area for something to sweep the little fighter up with. But in a city on water, not many branches are around. So I put down my bag, took off my shoes and with careful steps I moved down the slippery stairs toward the waterfront. As I moved closer the bat was getting tangled in piles of floating grass and a facemask that really did not belong there, nor arguably in many other places.

Grasping towards it in the water with a dog collar I salvaged from the debris in the water, the bat was still too far out in the water for my reach. Ominously I leaned out over the water resting my weight on one of the wooden poles while, simultaneously, praying I would not join the creature in the struggle to get out of the water. With a bad throw I offered the collar for it to grasp onto and with a moment of success, the little creature got a moment of something substantial to hold on to, only for this plan too to fail.

Watching it starting its battle again, I asked myself what would I do if I could not reach it, if I could not save it from my secure spot on the manmade staircase. Surely, I would not jump into the water for a creature whose life matters as little as my own on an even smaller scale in time and space. Fighting the truths of my thoughts, I grabbed some more debris to give it something to climb onto without effect and eventually came to the conclusion that I have to create a grass-free current for it to swim in and I started pulling the grass and water towards me and away from my friend.

It was amazing, the bat seemed to understand my incentive and my actions’ benevolence. A wild creature knew I was trying to help and with the strongest emotional bond I’ve had to a wild animal, it swam towards me, fighting the strains of grass in its path. Pulling the debris closer, on a bed of grass and garbage, I managed to swoop the little fellow in one of my hands. It made no efforts to protest.

I had never been so close to a bat and as the small hands grasped onto my fingers as a sailor saved at sea, I set it down as gently as I could on the marble stairs. It was exhausted and with rapid breathing, the tiny little body expanded almost twice in size. I could relate to fear, exhaustion and the need to calm oneself. So sitting next to it I watched over it to ensure that no dog or bird would take advantage of the weakness the bat received as a reward for the success in the battle for its life. As its breath calmed down into apparent sleep, I gently lifted it up in my hand and in absolute surrender it allowed me to carry it to safety.

A few minutes later, it woke up, moved around on my palm and I gave its chance to regain its own individual freedom by holding it up to a brick wall clad in vegetation, in lack of a better spot. I’m not sure if its exactly where it wanted to go, but it was surely better than my hand and with newfound motivation, it continued towards its own independence. Humbled, I watched it climb the wall for a moment. Impressed by its renewed strength and grateful to have made a difference.

Naturally, in the grand scheme of things the moment has no real significance. The bat will die. I will die. Two anonymous entities in a world filled with bats and people that each and every one have no objective value, only subjective. For it, allowing me to save it offered it a chance to postpone death a little longer. For me, saving it taught me something about the relationship between power and compassion and to understand the beautiful strength in fighting for your life. Alterations to the fabric of our beings that will be lost to the world with us, yet the magic of the moment will remain as part of the collective experience of the universe, no longer recorded but taken place non the less.

Telling my mother about the experience, she freaks out completely, dead certain that I will now be the third Swedish rabies victim of the past 40 years. Its irrationality a reflection of all manners of illness and pandemic panic around us. In contrast, I myself ask what life is worth if we don’t flight to live it?

(Just for the record in case you’re worried – I did get the Rabies vaccination on my arrival to Sweden, as bats indeed are one of the few carriers of the disease in Europe.)