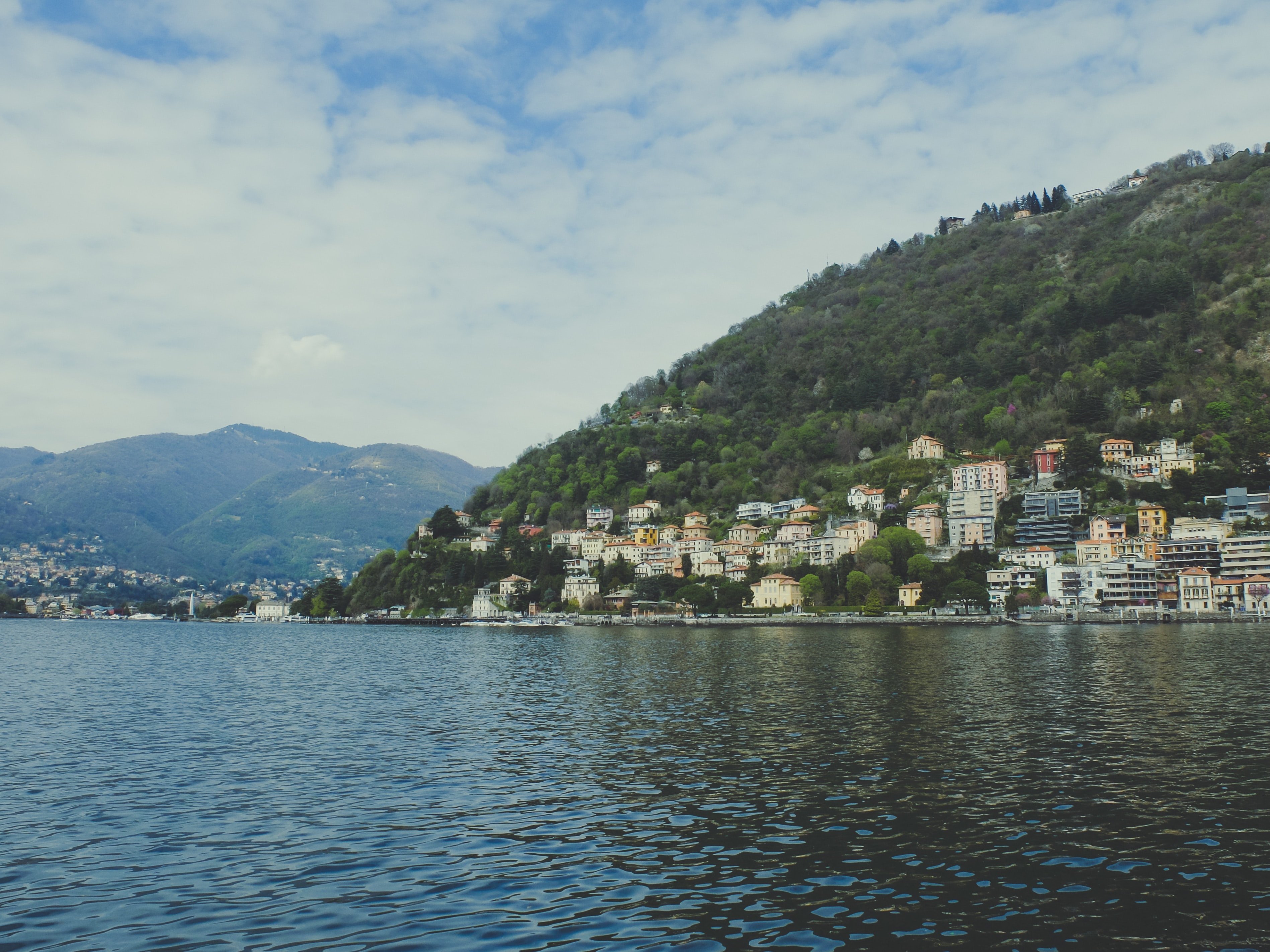 About a week ago I returned to an apartment in an as messy state as I left it: dirty dishes, unmade bed, in the refrigerator moulted vegetables and soured milk, a cockroach in a glass jar (it’s a short and just-as-pathetic-as-it-sounds story…). The chaos did not bother me much, yet I found myself in that strange emotional state of not quite displeasure, but far from contentment. Many are the times in which I have found myself at my doorstep unsettled to enter, even more so to remain. This time I faced no such exception. Don Quijote keeps telling me to change apartment, but truth is my feelings are independent
on location. Maybe I am just not a homely person.

For a week I had been at Lake Como for a summer school on Music, Language and Cognition. However, it was early revealed that I had ended up at a summer school heavily devoted to the neuroscience of sound. While I was not as clueless on neuroscience as some of the equally surprised-of-the-content participants, it was not really why I was there, I had naïvely hoped for more cognitive linguistics… Instead I found myself spending valuable time working on my thesis.

While the school in itself did not really advance me in any of my current pursuits, the social aspect of the school was one of the up-to-date highlights of the year. The summer school contained some of the most amazing people I have meet in quite a while and it was mind-blowingly refreshing how “many” were gathered in one place. I quickly familiarised myself with a large bunch of people in which I was really quite impressed: A British sex bomb, an American ballroom dancer, a Taiwanese searching for inter-human connection, an Irishman with three different women constantly on the phone (GF, mom and aunt), the gorgeous girl who responded to my ‘who’s up for dinner and drinks?‘ with something along the lines “I’m in Italy, I’m gonna overdose on carbs and wine” (a God-send!).

On the first day, me and an Austrian currently lost in Hungary – Timon, bonded as we, like teenagers, were denied the right to buy wine (apparently the store did not sell it after 23.00… ). As this was our only substantial purpose in the store, I tried my very best to change the guy’s mind by, looking innocent, saying: “Even if we are older than we look?” much to the laughter of my companions. And with that, on Monday night at approximately 23.30, the 30+ Club was born.

Quick to join the club, was Jean Grey: a brilliant girl from Harvard, who, after a successful purchase of wine, joined me and Timon on the lake side drinking wine from the bottle as we talked all evening about all the greater things in life: love, relationships, future careers and self-identity. Jean Grey told us about the struggle of a “somewhat younger” boyfriend who had difficulties accepting her “more substantial success”. While envy never can be justified, I could not help but sympathise with him: halfway through her phd she still has more substantial work than many full time researchers. Timon told us about his happy 7-year open relationship with a man 8 years older. Followed by showing us his much-more-obvious-than-Tinder phone app where homosexual men posed semi-naked in the hope to find some random evening entertainment, my reaction followed along lines: “The prejudice is true, homosexual men really are sluttier…” and “Maybe I should become a homosexual man?!”. On a more serious note, my contribution to the late-night conversation contained detailed accounts on bittersweet Cheesecake…

[ On a related note that actually have been bothering me: “You can’t have your cake and eat it.” Like, what the…? Who in their right mind would want to just “have” a cake that you can’t eat? Such a stupid saying. Anyway… back to business. ]

The week continued in a similar fashion as each day turned into evening, and it is no surprise that on my last night, I slept something along two hours. Showing up to the summer school, both Timon, Jean Grey and the British sex bomb all proclaimed that they in fact might still be drunk. I was simply exhausted. After a few more hours of lectures I had to run away to catch my train back to Bolzano. Perhaps as a consequence of lack of sleep, I found it difficult to say my goodbyes. Timon, is just a train ride away, but to see Jean Grey again requires a bit more effort and I was touched to tears as I was forced to say goodbye.

What followed was a classic Italian train experience. My first train is 10 minutes late, and once again I arrive just in time to see my connecting train slowly leave the platform… Frustrated I located a “professional” and with my severely handicapped Italian I did my best to communicate my situation.  It sounded something like the following:

“Scusata, il mio treno é passado ritardo, dove sei un altro treno per Brescia? Io worei a Bolzano, ma ho un bilgetto da Brescia a Bolzano.” (Intended translation: Excuse me, my train was delayed, where is a new train to Brescia? I want to Bolzano, but I have a ticket from Brescia to Bolzano.)

The (partially translated) bits I comprehended of the answer sounded something like:

(* thank God! for learning the numbers.

** the mismatch is intended. I could not quite parse where I should get off.)

Naturally, I then proceeded to be stupid. I did not get of at the next stop. I thought that perhaps it is better to go directly to Milano Centrale… naturally, the train did a u-turn and avoided the central station. So for trying-to-be-clever I found myself going back and forth in the middle of nowhere while frenetically looking up potential connections on my phone and the billboards. Eventually I ended up standing on a over crowded train to Verona, and roughly 5 hours later I was turning the key of my door.  Home sweet home.