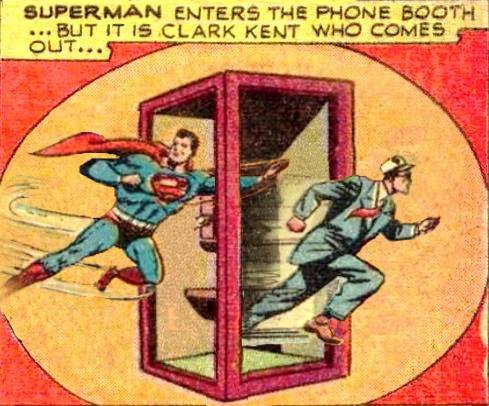 Despite a love for dark mint chocolate, I have always preferred my men nougaty. Perhaps surprising then that my all-time favourite superhero is Superman.

It might seem like a cliché, that the “don’t-blast-me-with-kryptonite-perfection” that is Superman would the obvious choice for any man-lover regardless of gender-species. And while the mesmerising power of bubble-wrapped spandex cannot be denied, my fascination with Superman had never really anything to do with the superhero. I always thought it was Clark Kent that was “da bomb.”

In an era where toxic masculinity finally has become as important a topic to deal with as female rights, Clark Kent always displayed that calm masculinity defined by good-old-fashioned unintrusive goodness (accomplished by all Supermen except Cavill – too much muscle, too little underneath!). Clark is just so nice. And not in the boring way, and definitely not in the way “nice guys” are just entitled cyber-bigots. Clark is just a really awesome person who’s strength is only bested by his wholesomeness.

This form of calm, masculine strength is most clear in Clark’s relationship to Lois Lane. Lois is a woman of ambition and independence that is rarely seen in the love-interest of the male superhero universes. Spiderman likes Mary Jane because … she is… pretty? The Hulk’s girlfriend is there solely to “calm him the f*ck down.” Granted that Batman has a few cool girlfriends, but they are either over-sexualised or exclusively there to temporarily make Batman more interesting himself… (and to be fair: Wonder Woman’s love interest in the latest adaptation was also remarkably uninteresting…)

In contrast, when removing the “super” from the equation, Clark is in no way the sole dominant character in the Lois and Clark pairing. Careerwise Lois is more successful than he is, (in many versions) she is older than him, more experienced. Through their pairing, Lois drags Clark (happily) into as much trouble as Superman has to save her from. Her character enables Clark’s (and Superman’s) personal development just as much as his character develops hers. Lois is not exclusively a plot accessory. And not once is this to be considered threatening to Clark’s protagonist position nor his masculinity nor to the universal gender balance. Lois Lane is not only Clark Kent’s equal but in many ways also Superman’s due to her fearless determinism to “catch the bad guys.” Few things reflect our character and our self-identity as much as the partner we choose. That the most powerful of all superheroes picks an equal speaks to the character extending further than his inside out underwear.

In the 1990s, when Lois and Clark was playing on TV, Lois eventually ends up rejecting Superman because she wants to be with Clark instead (oh, sweet irony). And in the terms of a much younger and innocent version of “hell yeah!” I recall 10-year-old-me thinking that this must be what the “real deal” looks like.

While supermen hold a passionate fascination for those dark moments, it is undeniably so that as we grow older, we no longer dream of a Superman to sweep us off our feet, we look for a Clark Kent to drag into the adventure.