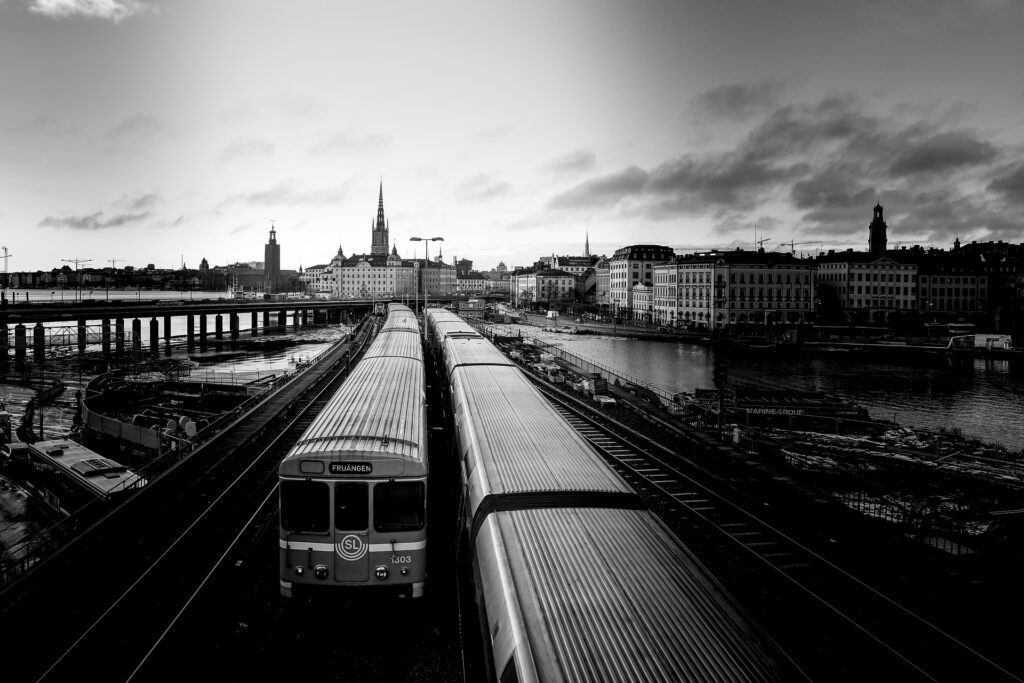 A loud bang on the bedroom door shocks me into a state of hyper-awokness. Like any millennial, my first instinct is to check my phone. Lying next to me in bed it is the closest thing to a lover and as any lover, I want it to whisper words of confirmation and acceptance. It does. It tells me I can sleep a bit longer. But like most words from lovers, my interpretation is deceptive. In my half-sleeping state, on the day I am moving out of my father’s apartment, on the day I am leaving Stockholm, my phone tells me I’ve got plenty of time. I don’t. After a second glance at my phone, I simultaneously jump out of bed and realise that my train leaves in 45 minutes.

Rushing out into the kitchen, I very much wrongly accuse my coffee-making father, that not I but we overslept, confirming the embarrassing accuracy of how my father coined himself as “storbarnsförälder” (big-kid parent) a few weeks earlier. It had not been intended as an insult, but it still felt like a punch to the face and here I am punching myself with the brutal truth of it all.

To calm himself rather than me, he repeatedly tells me “Det är lugnt,” (“It’s cool/calm”). And if there ever were a better catchphrase for my father I can’t think of one. You see, unless he’s driving with my mother in the car, my father is a very calm man. Focused on details, on one thing at a time, a chronic fixer in that non-physical, caring sense. He is nothing like my mother and even less like myself, both characterised instead by an unstructured plenitude and hysterical lack of focus.

As though my mother was in the car, my father drives me to the train station. The car takes us down the hill of never-ending constructions, over the bridge leading to my gym. The car passes the comic book store where I used to spend all my allowance on Tintin comics. It passes the house where, some 40 years ago, my parents met as neighbours and the street where my grandma used to live. As a grand finale, before rolling into the city centre, the car takes me along one of the beautiful water promenades that display old town in all its glory. I say my farewells to a city that I know so well, yet didn’t have a chance to properly play with.

As I arrive at the station with some time to spare, I realise in horror that there is no train departing at the designated time. Not even for another destination. Not even to Mars. In a panic, I get my phone out, browsing the emails of hoarded train tickets to find the one that takes me down south on this precise date.

After what feels like an eternity, but is probably closer to 20 seconds, I find it. The ticket-I-am-looking-for’s train leaves 40 minutes later than I’d thought. Standing at the train station, with my now long face framed by hair in a tangled mess, without having brushed my teeth nor put on deodorant, I clutch my witch’s brew, masked as a shopping bag, containing a concoction of all the things I didn’t have time to pack properly: two tiny plants, a book I hate, a cardamon bun and box of mints, alcogel, my passport-wallet-and-two-cellphones, a rubber banana, a facemask, gloves, batteries, my electrical toothbrush with charger and a ticket to Germany.

To compensate for, if not apologise to, the coffee I inhaled rather than enjoyed, I buy a coffee in the magazine store at the station. Watching the machine in irregular bursts and squirts fill the little cup with nectar, I ask myself:

Why does everything always have to be such a disaster with me?

2 thoughts on “So long, and thanks for all the fish”