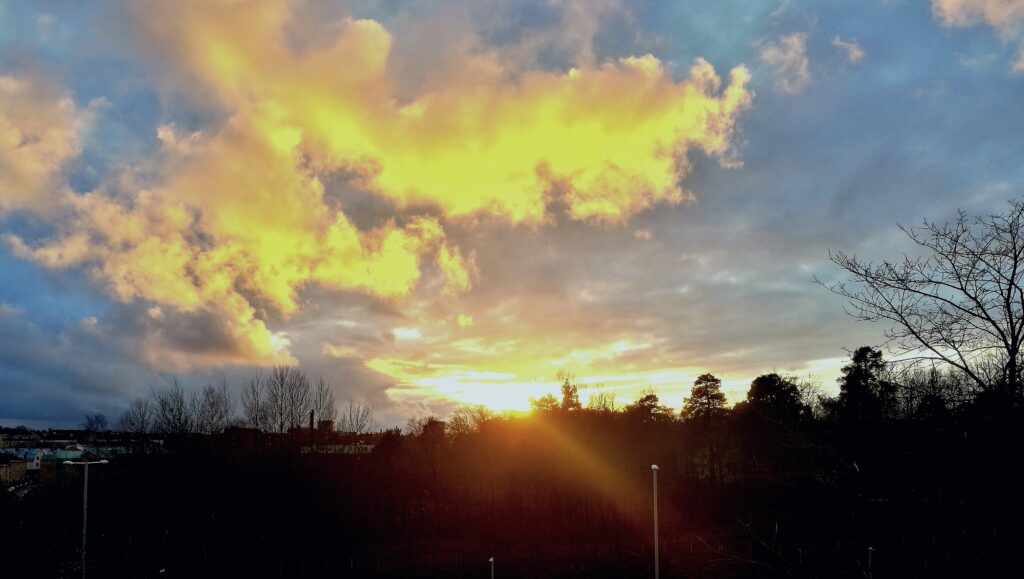 As we are approaching the arbitrary point on the earth’s orbit that someone or other determined would define the distinct border between an end and a beginning, I’m listening to Marilyn Manson’s latest album (it’s well above expectations) and, for the briefest of moments, I watch the sun set already at three o’clock. It’s been a grey few month’s where the sun showed its face but a few hours. Grasping on to the hope of a new dawn, the clouded sky is coloured in distinct colours: blue, purple, pink, orange and yellow, nature’s fireworks already doing a better job than the drunken parade of chemicals and heavy metals to be launched by human hands.

Another year is ending, another year is beginning, the repeated cycle of indistinguishable annotations and numbers. It’s been a year that never really started so as its final hours are upon us there is an undeniable inconsequential touch to the humid air.

The year has been ok. It’s not been particularly good, yet with but a few minor moments of terror, it would be unfair to claim that it was bad in some brutal sense. The year has just been. Another day has followed the previous one providing a reassuring level of continuity that uncomfortably reinforces the reality of our own insignificance. The brutality of the year is not what happened, but rather all the things that didn’t.

With the closest thing to an emotionally clean slate I’ve had in as long as I can remember, who knows what will come to paint the canvas. Who knows what happens next.