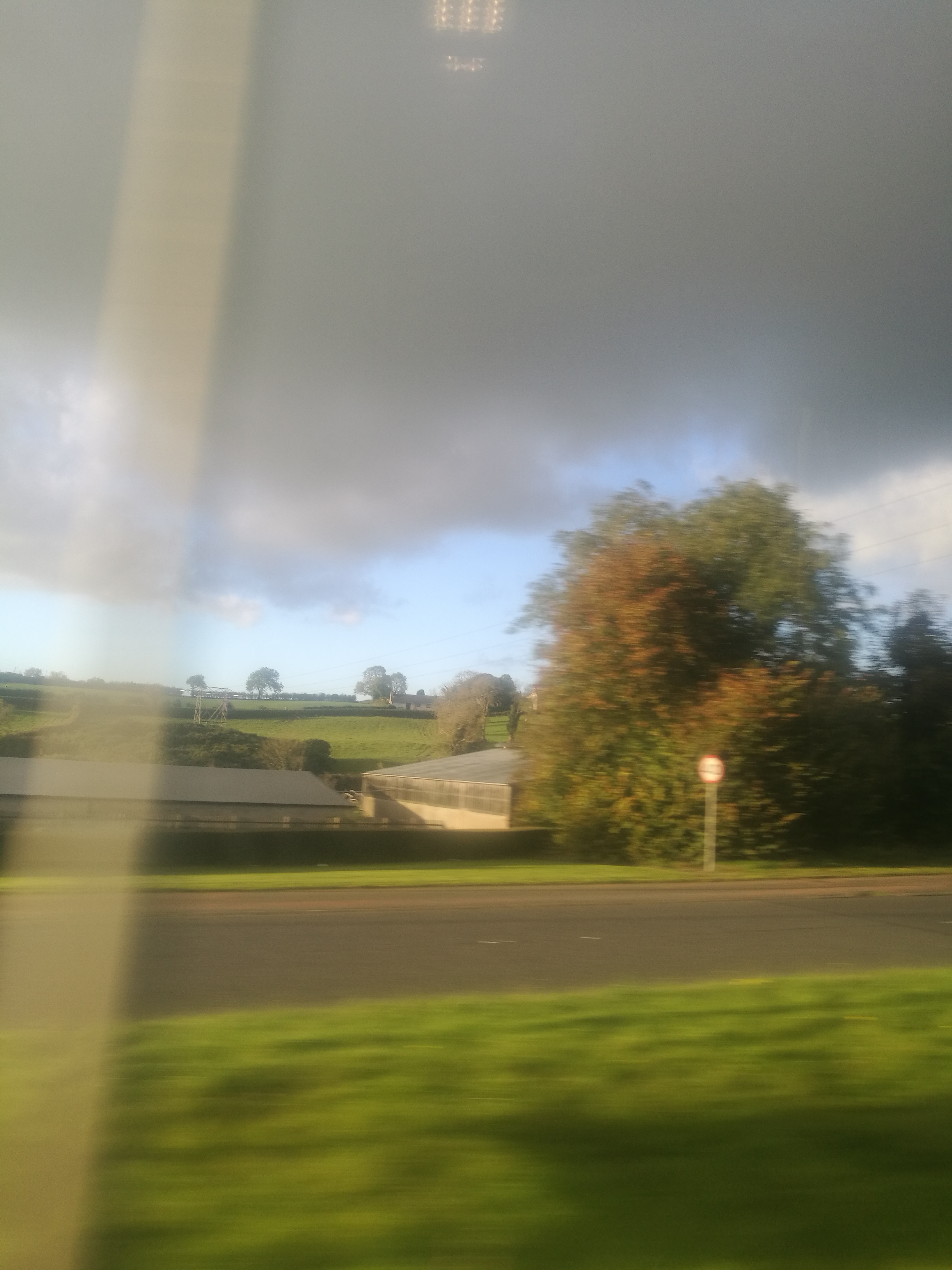 I’m lulling forward in a bus between Dublin and Belfast. Behind the bus the sun is patiently calling it a day and in front grey rain clouds gather ominously on the sunset ombre. Taking a 24 hour break from Dublin, I’m spending one night and day in Belfast, to for the first time see some of Northern Ireland.

For a few weeks I had proclaimed that I wanted to cross the Irish border before Brexit happened on the 31st, mostly as a fun travel gimmick. Disregarding that Brexit had been postponed yet again, crossing the Irish border was probably the most anticlimactic and nulled experience I’ve had in very long. The bus kept on driving and there was simply no border, nothing, just more highway. So naturally, I missed the crossing completely. I wonder how they envisioned that this could be a controlled border if Brexit had turned out to be a reality in just a few days.

I only realised that I had in fact crossed the border as I curious checked Google maps to see how far it was still, and noticed that the bus was currently driving straight through Cheesecake’s hometown. A place I knew to be in Northern Ireland. The sudden awareness of my location made me blatantly reminded that I’ve now twice been in Ireland without letting him know. I have no idea if it would bother him thinking I ought to have said something. I guess not, given the bidirectional silence to say anything at all. Like always, first the happiness dies, then the sadness. And I am no Frankenstein; what is dead and buried should remain so, elseways, it might return like a monster on a rampage for revenge.

Having arrived in Belfast I am now going to befriend yet another stranger of a town.