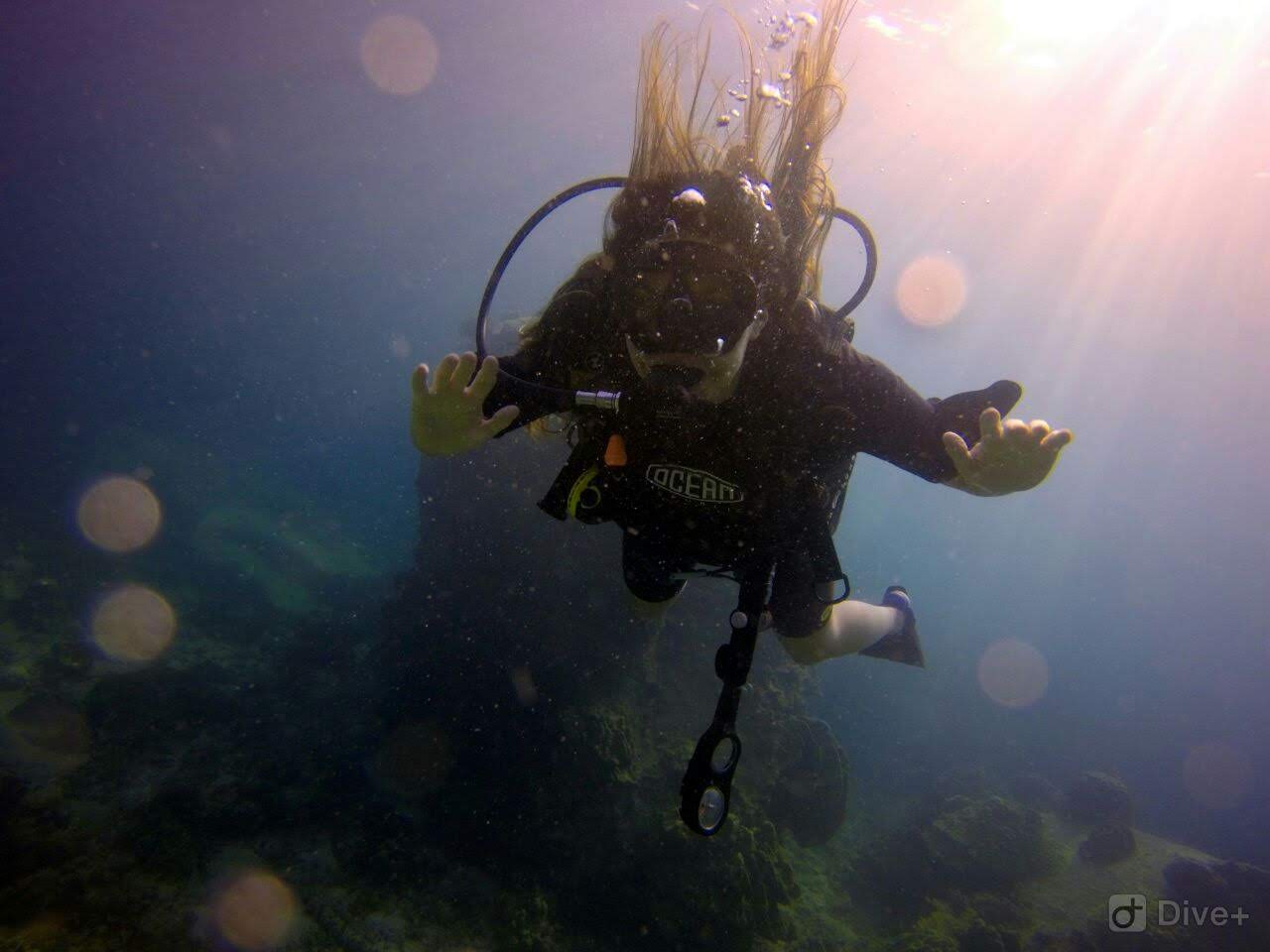 My heart was beating at its absolute maximum, and not in the good way. I was drowning. Or so my body thought, my mind knew I had plenty of air. All I needed to do was to breath steadily through my mouth and let my nose simply fill with all the saltwater that I flooded on-purpose into my mask. Holding me firm at the bottom at perhaps 3 to 5 meters depth is my dive instructor. His pale green eyes pierced mine to make sure I stayed calm as I grasped for breath and did my best not to panic and end up doing something stupid. It was a drill and I had to do it three times. It almost got easier. As I filled the face mask with saltwater and blew air back to it through my nose for the last time my heart slowly got back to a normal rhythm. Mind beats heart, reason conquered instinct. It was by far the most frightened I have been in years as it was pure life or death instinct, not social fear, nor fear of heartbreak, nor of failure, nor anything that the mind is in charge of. This was my body saying “you can die“. Naturally that was not really a possibility, and I knew that very well. Yet somehow this was not translated into my heartbeat.

It puts things in perspective when you get really frightened once in a while. I did not fear that I would die, I knew I was close to the surface, my enemy was an illusion, a mind ghost oouuuing with not any more power than I gave it.

Two days later, fear returned with a different face. This time much less intense, for this time it was the mind that recognised a dangerous situation, not the heart. I had rented a scooter for the second time on my Thailand trip and was with two friends driving up and down the hills of Koh Tao to see some of the viewing points. Behind my back on the scooter – a 20 years old lesbian, without a helmet. As the hills got steeper and steeper my confidence in driving the vehicle got lower and lower. It was a bumpy ride now that we were two and the curved road had no safety measures, only vertical drops. To my mind there was no doubt about it, this was obviously not only dangerous, but straight-out lethal. Driving over a too large stone and voila! we could fly over the edge. As I was pushing the scooter up the steepest hill, not out of desire, but rather out of fear of having to turn it around on such a narrow ledge, my friend jumped off in speed and continues by foot. The view was spectacular and the drive was totally worth it, if only to live to tell the tale. On our way down with breaks pushed to their limits on the curving asphalt, in a sort of laughing kind of way I kept thinking “OMG! I’m gonna kill a 20 years old lesbian! The HBTQ community’s gonna eat me alive!” That last bit is mostly for dramatic effect… but it demonstrate a vital difference: this time, fear was almost humorous.

As I return the bike, the man in the shop asked me if something went wrong. At that point I had found nothing additionally to the design of the roads to be ‘faulty’ so he gave me my deposit back, yet as I walk away I notice the flat tyre at the back. Then it dawned on me why it had been such a bumpy ride.

These two episodes reveal something interesting about the nature of fear: basically that the mind is nothing less than a giggling moron and the body a bloody coward. A combination for success if I ever saw!