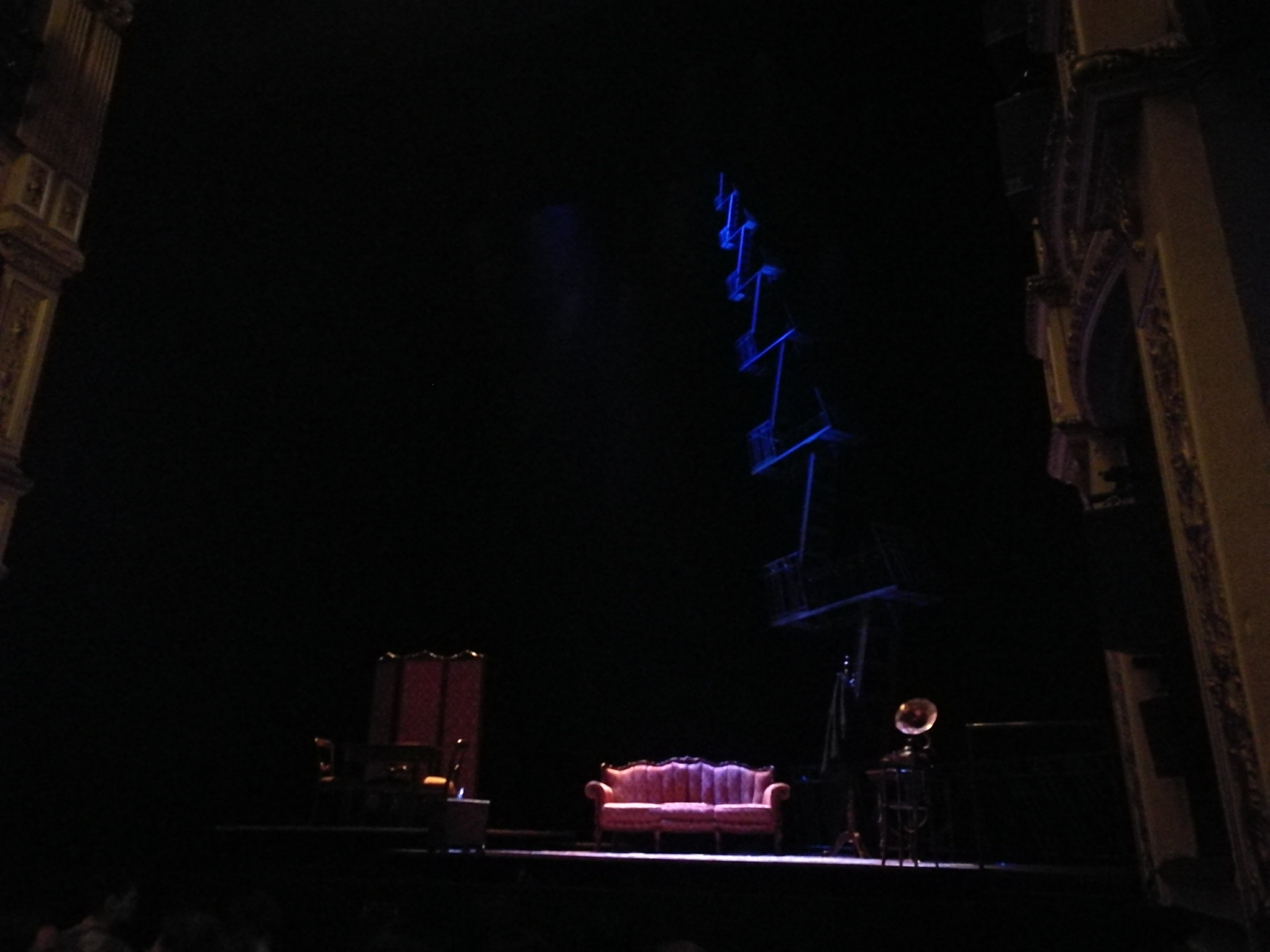 I took a left turn on the street straight into a theatre, having no idea of what I was getting myself into. The crowds outside told me it had potential and hungry for substance, I decided to feed the soul rather than the body. As the ticket counter collapsed during my purchase and the ring-ins were well past the ‘please go to your seat’, I was thinking: maybe this is a sign, maybe I should not be here, maybe I should have gone elsewhere. My mind is not a believer of signs nor anything for that matter, but my heart believes just about everything, leaving the two in a constant schizophrenic battle to rule my decisions.

I was in London for an evening after working in the UK for a day or two and, as usual, desperate for stimulation that is not internal, I had ventured into town. First, hitting the National Gallery admiring the impressionists (albeit cursing at Matisse), ignoring the Michelangelo’s and the Ruben’s. I had been there before, and for better or worse, my heart has learned how to overrule the mind in matters of beauty and selection of affection. The original plan had been to hit the salsa club afterwards, and it is not with a little regret that, I found myself too tired to even consider speaking to a stranger, let alone to dance with him. It’s a shame, for there is something liberating in the company of strangers that no friendship has yet offered me, suddenly you are reduced to what you show and what they see. Friends and acquaintances know us either too well or too limited to as members of a court jury provide an ignorant enough judgment to please us, with a stranger at least there is a chance. Yet standing outside the salsa bar, I continued walking, peaking inside for a second, wondering for the third time if I once again was making a mistake following either heart or mind, this time only I’m not sure which was ruling.

As I after an additional day of travel entered my home, I was greeted by a horrifying, dare I say it, sign. The horse shoe I placed over my door (Check the post Cribs: The Hobbit Hole for more on the horse shoe.) falls and its hard, heavy iron slams into my body leaving its temporary mark. Am I now to believe that the devil has moved in in my absence or have I simply run out of luck?