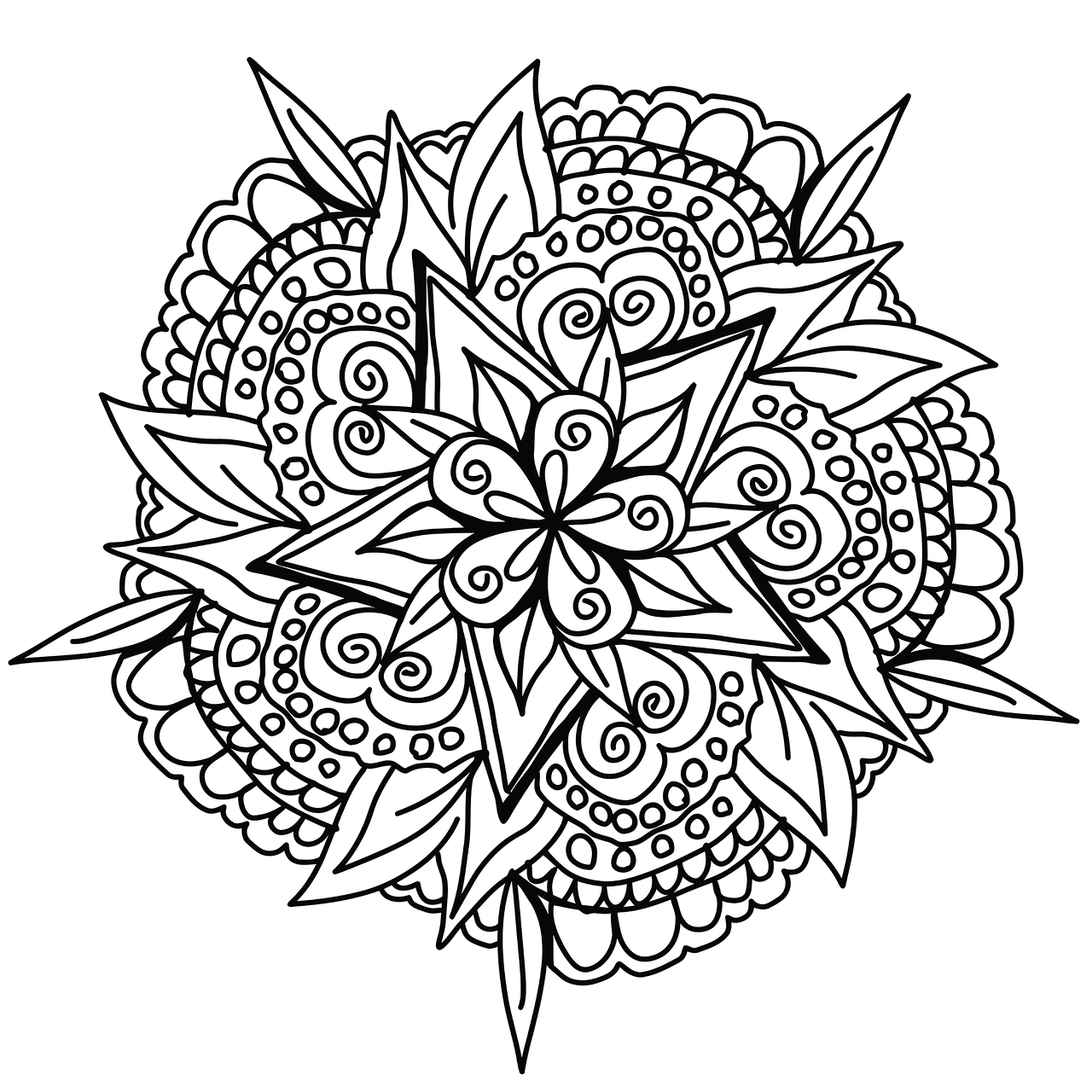 The latest in reduce stress by “going-back-to-a-more-innocent-time” chillout: Coloring-Zen. For those of you who managed to avoid this latest mental fashion fad, it is in essence a children’s coloring book. Only, with patterns so amazingly boring that no child would give them a second glance – supposedly fitting for an imagination lacking audience of adults. Deciding to putting this 4,90€ therapy to the test, I ordered a copy.

The book cover depicts one of its patterns for coloring, mostly white, but with a few touches of purple and yellow. It appears as though it is to illustrate the coloring process, in case someone never had one as a child and could not by themselves figure it out. Touching the book sends another borderline insult your way. While being a hardcover kind of book, the cover is like “for-mentally-unstable-people” softly padded. It is like touching a book that accidentally got dropped in the tub, while reading and bathing at the same time – only it is dry. Inside a hundred, or so, pages are covered with black lines that transforms the papers into the patterns that await someone to fill in their gaps with color.

Testing it out, I collected my color pencils and chose a design I found to my liking. I figured some floral paisley never hurt anyone. I started a bit casually with some pink and green. Then yellow, orange, red, five shades of blue, more green, and even more green… It was white everywhere. Noradrenaline started pumping. No matter my efforts the vastness of white, seemed to go nowhere. I realised I needed to speed up the painting procedure. I decided that all equal shapes of equal size should have the same color and executed this decision by simply not letting go of one color-pencil until it had performed its duty. Next color. Repeat. Hands aching, I was relieved that I had sped up the coloring process significantly. In front of me the whiteness was reducing.

As I finally finished, and was about to turn the page: “99 pages to go…” flew through my mind for a brief second. Suffocating a mild ocd-breakout, I put the book aside with relief. What kind of evil therapist thought this was going to be a good idea for stress-relief? It was a complete nightmare! The only relaxing part was putting the book away. My expectations had not been high, but I had sort of expected it to be a little entertaining. Indeed, I felt cheated. Like I just bought a bottle of “miracle elixir” from the travelling medicine show and got food poisoning. “Fun relaxation for only 4,90! Available today only!” No thank you, give me a well-written book instead.

So if anyone is interested in 99 white patterns for hours on end of self-torture, let me know!