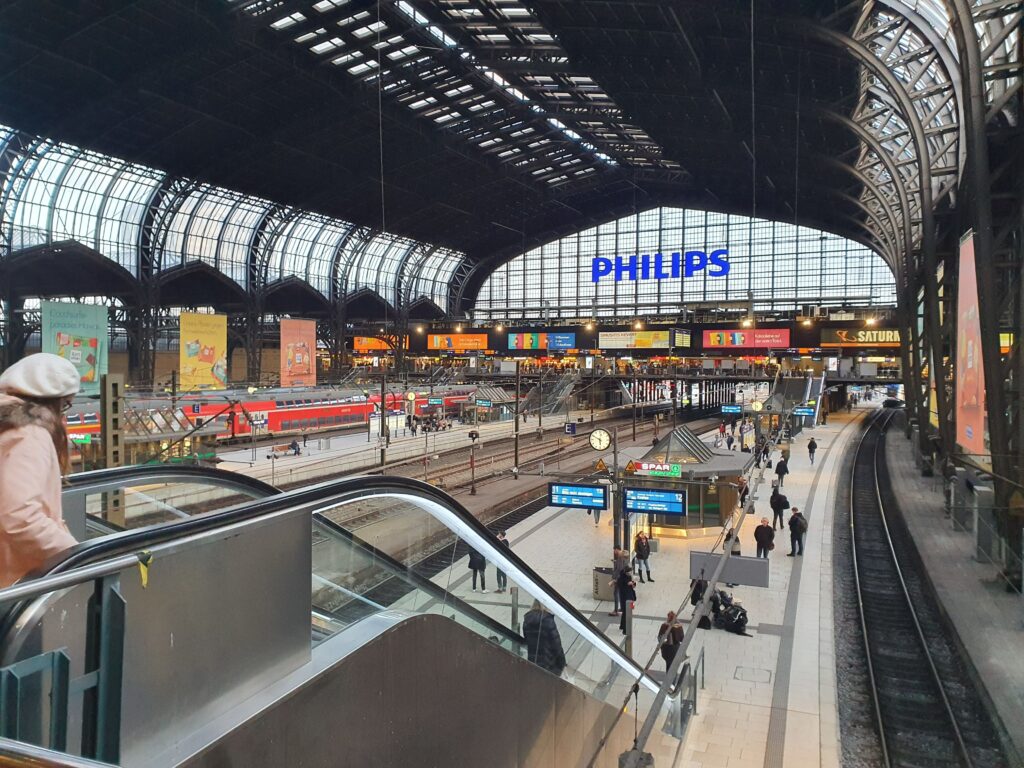 Today I had a rare opportunity. I was given the chance to look at the outward silhouette of a mentally ill man and deal with the situation like a reaponsible adult. I asked myself what would Jesus do? Buddha? …Sherlock Holmes? I am left wondering if I handled the situation in a decent way or not.

The white speckles in his black beard revealed him to be around 60. Well dressed, if but a bit unclean. Good looking, if but a few missing teeth. Nails, hair and beard cut neatly, high quality clothes: Not homeless. Dirty clothes and muddy shoes, disoriented and red shot eyes from a lack of sleep or a surplus of drugs: Alone and, for a few days, far from home.

Out of the blue, he stroke up a conversation with me and the two German women I by accident had taken up travel with (another, much less interesting, story). He spoke little German but tried his best. So when the train conductor arrived to find him without a ticket we awkwardly watched only for one of the German women to help him get one on his phone. I wondered if we should, registering his mental state as either mad or under the influence. Better to be lost on the streets in Denmark, than to be another fading face in the masses of lost souls on the streets in Germany.

I kept up conversation with him after he said some provocative things (escaping prison, not being on medication) to figure out if he really should be travelling. In repeated alternation he talked about his home in Oslo in confusing and fragmented details; the failings of psychiatric help and medication and “the system”; the illegality of smoking cigarettes according to Islam and how he needed a shower; something I didn’t quite catch about gender; how he feels treated like an animal; and, more frightening, of the violent past he had in his home country, Somalia.

He told some horrifying things but his sluddering speech and incomprehensible narrative made it hard to determine what actually happened, what didn’t and what might actually happen still. He seemed very troubled, body and soul, and he said he hadn’t slept for four days. The red in his eyes revealed that he probably was telling the truth. Despite the bothersome nature of the whole thing, I was never afraid. In truth, I found him rather interesting, kind in some absurd way, and I felt a sort of compassion for him, albeit apathetic in nature as I’m not quite as goodhearted as my mother…

Our conversation went on and off for about 3 hours. He showed me a folder saying Mental Health treatment and a Somalia flag with a football player. It was surreal and uncomfortable and I was wondering if I provided him with some relief in his distress or made it worse. Repeatedly, I pushed him towards calling the place he lives in Oslo to tell them where he is. As friendly as I could be, I let him talk about what he wanted while paying close attention to see if he could be dangerous. First to himself, then more seriously, to everyone else. In conversation, I encouraged him to think nicely of the world, of hospitals, of medication and doctors. With a passion I I’m not sure I felt, I told him that I don’t think violence is ever the answer, just in case his stories were not remnants of a lost childhood, but fragments of a future yet to be lost. He seemed unconvinced and me and one of the German women told the conductor about the whole thing.

A few stops later the police check our cabin, the bags of the men and their passports. They did not take the man with them, but left him in his seat. I assumed they checked for his name in some online record.

Reaching Hamburg, everyone left the train. The man with the white speckled beard left without saying goodbye and I too walked away against myself, having wanted to wish him some peace… but I was somehow too weak or bothered or uncomfortable to do it.

Yet he looked so much older in movement. As his white speckled head bent towards the ground in exhaustion, contemplation or distress, and with the small, heavy steps by which he left, a new depth of compassion drew down my spine. Some of my final words to him was suggesting to him to seek out an imam to help him find peace with Allah based on his own expressed desire. But I know I can sound cold and my lack of conviction in the endeavour left me wondering if it was the right thing to do… ultimately, it was the best I could think of after having tried and failed for hours to convince him to return to Oslo.

Throughout the whole experience, I wondered why I really kept talking with him. To help him? To avoid a disaster to happen based on the horrors he so casually mentioned? Curiosity of the format of a madman’s mind? Or to infuse my own worldview onto someone who could not reasonably argue against me… Someone recently reminded me of the cynical worldview that there are no good deeds, that everything we do, we do for selfish reasons. Not having an answer, if one can ever be found, I hope it’s not true.

I hope the man with the white speckled beard finds shelter tonight and that he calls someone to help him get to a safe place, both in body and mind.