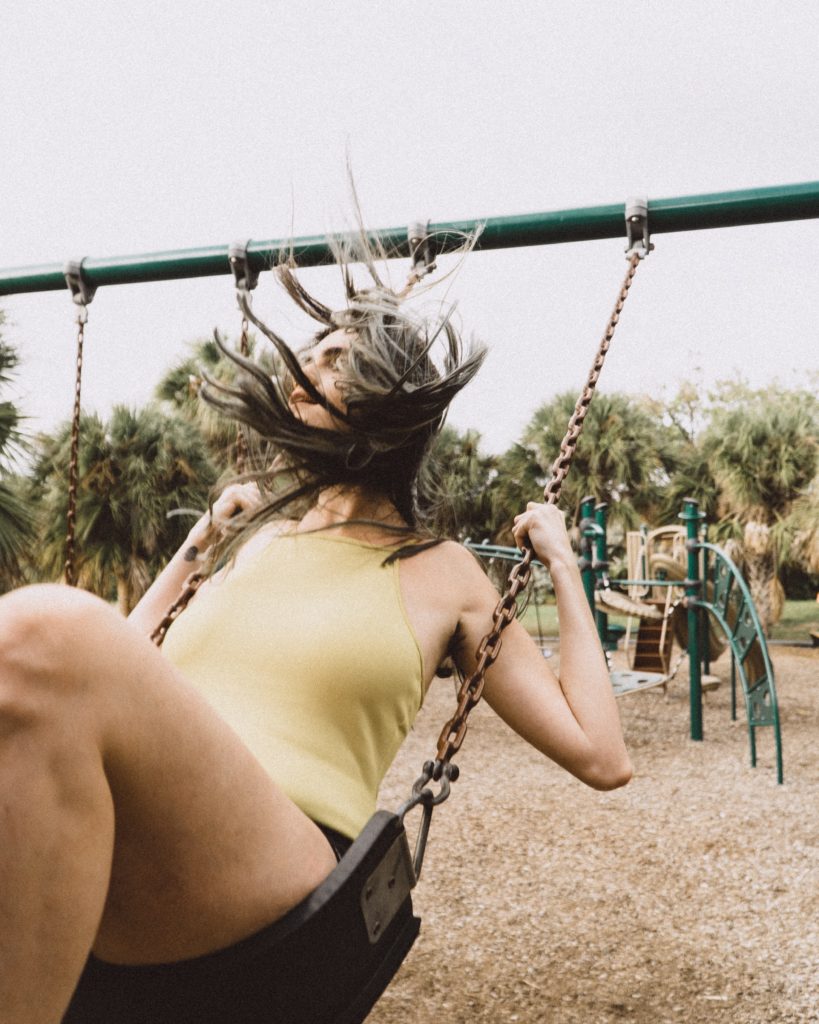 “You know I don’t swing that way,” she told me yet again. This time, I’d said nothing, but silence often speaks louder than words. So as though to avoid a conversation that had not yet begun, or perhaps not yet finished, she let her feet push her backwards to start the repetitive motion.

I must have told her about my feelings in so many silent ways before I mustered up the courage to say it in words. She’d looked surprised in that obviously fake way that straight women look at gay women when they pretend they hadn’t realised they were being worshipped. It’d sucked. It’d sucked so bad. It still sucked. But that time, the soft skin on her hand resting on mine made me forget all about how much I loathed that look and all I could think of was the hope that things could change. I had, so why couldn’t she? But then she withdrew her hand and now, still, she avoids my gaze and looks at me with something undefinable but close to uncomfortable pity. It is an odd thing really. How silence often tells us more, but it is words that make us want to hear less.

In this current silence, her body was moving back and forth on the swingset that over the years had become our spot. It was here we met as kids not too young to know what love was but too young to know what it feels like. Eventually, I’d learned what it feels like as I felt her, told her and watched her go. She’d left me there that time, just like she left me there after all the play dates as kids and all the deep-hearted conversations as adolescents. She always came back. So like a scratched record, I sat still on the swing next to hers once again, watching her disappear behind me only to reappear with each swing. It was a sick metaphor for our relationship. Me constant, her not so much.

“Ah, the wind feels nice!” she said with her hair flowing wildly around her head. Smiling towards me through thick curls she asked: ” Why don’t you swing as well?”

“Because I don’t swing that way,” I answered jokingly while dead serious and hoped that the hurt in my voice wouldn’t penetrate the strength of my silence.