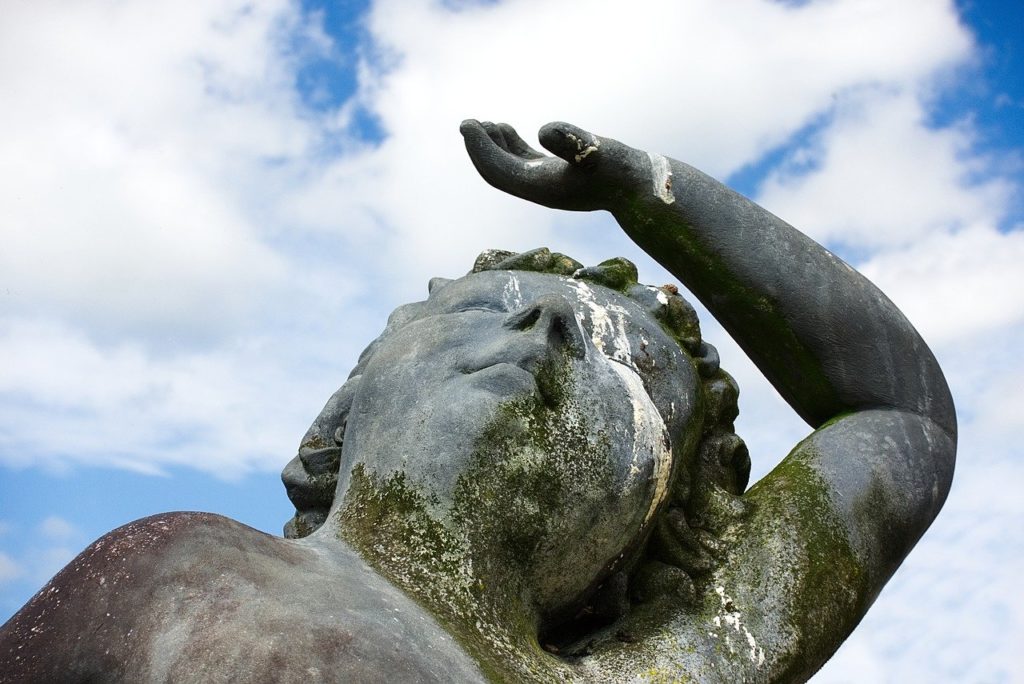 (Published at a later date than it was written.)

Today a bird shat on me.

The yellow goo smeared itself out of nowhere all over my arm as though a reassuring pat from the universe telling me it will all be alrigh… …? …shit?

It’s been a long time coming, but that sealed the deal. It was made official through the whole universal order of things: I’ve hit rock bottom.

Accepting life for what it is, I am solo drinking not-nearly-enough overpriced wine at a local vintage cinema playing 60’s jazz. Back in the day of 35mm film (I know, I’m old), I worked several years in the cinematic universe so the place speaks to me in that Proust-isolated-in-his-attic-thinking-about-how-wasteful-life-is kind of way. In the face of kilometer-long plastic-wraps, Madeleine cookies, go f*ck yourself! I’m on a diet anyway.

Speaking of fucking, 2020 is really fucking me over and despite the day starting with me in an absolute panic releasing what I almost forgot -causing me to shave my legs with the speed of someone who has no one to shave for – that I was to get to a Covid-19 test to help the healthcare professionals by providing more data (you’re welcome), the f*cking is not really because of the pandemic. Even though it did lose me three jobs, kept all my stuff on lock-down in Italy, and prevented a paid-for holiday. Yet I know that I am not really allowed to complain: no one I love died and frankly that is the only thing that I ever truly feared in life.

However, if the worst would come into play and someone I loved had died the chances are that I might be the world’s most over-educated beggar living under a bridge on for whatever drug I’d been offered first – beggars can’t be choosers style. It is really quite a humbling experience: I am starting to understand what drives people to these places. I am but a loving parent away from that place and I’ve asked myself many times what I would I do differently if I didn’t have that spoiled luxury…

You see, I’ve been homeless for about a year living as a beloved parasite on the mercy of my father. I’ve been unemployed for about two, working mostly for free for over 12 months for a start-up run exclusively by a married couple that ended up throwing me out on my sorry ass after I helped to procure funding while telling me (I’m allowing myself to paraphrase yet not nearly as much as I wished): “You suck.” And all that lingers is “I know…” as a result of having applied for numerous, give or take a pinch of salt, other jobs where I have either been told I was too educated to be of interest and sent around to different positions within one company only to get neither, or I didn’t quite have the right profile, or I was simply ghosted. The peak of my pathetic work desperado career was when I wrote to a local homeless shelter to offer to work for free, cleaning and handing out sandwiches, only to never get a reply. All things considered, that’s pretty great, it means that there are more voluntary souls than there are starving ones.

But the year has been brutal in other aspects as well. Earlier this year, about half my hair fell out from the roots causing thick chunks to cascade down my shoulders. For someone whose entire self-assessed attractiveness is based on having good hair, it was a pretty brutal punch to a confidence that was already beaten bloody. And crying in the shower as hair flowed over my body as though water I was forced to tell myself the same kind of mantra as in all aspects of my life “be grateful, it’s only hair.” Eventually, the ordeal sent me back and forth between different doctors and a series of blood-tests that provided me with no answers but (as it thankfully is growing back) a pretty retro-style mullet hairdo. All I can say is thank God for hipster fashion.

Speaking of God and growing up with faith as an important component, I can’t help but wonder if the whole shitstorm of life existence, is a trial with the purpose of subduing my rebellious soul. To humble an inflated ego, to break in a wild horse, to like God did with Job gamble my well-being with the Devil to test the fabric of my devotion. Sorry dear Alpha-and-Omega, but The Taming of this Shrew will only work if someone like Heath Ledger sings that I have a gun, or, I guess, being a “creature of the night” in my case, (oh wow… sorry poor reader, there are just so many references going on in my mind right now. Google them, trust me, they all make sense). But based on my latest romantic conquests, which includes a man who tells me too late for his own honour he’s promised to another, a not-quite-successful Tinder-date and a rejected kiss that somehow turned into literal soup, my expectations have never been lower.

Speaking of low expectations, I’ve gained 10 kilos that came with accompanying cellulites and on a rough estimate I would guess that my fitness level is that of a 70 years-old man. Consequently, that turned out to be quite fitting as the number one social highlight where I made an effort to meet new people was a poetry reading evening with the average age of approaching 72. Not quite the poetry slam comedy gang I had envisioned, but age is only a number and they were a pretty cool and friendly bunch that I would have loved to spend more time with but then Covid-19 told us that seniors were extra vulnerable and also that was cut short.

Now, slightly drunk on wine after no food all day the past existence has been a shitstorm of bird-poop raining down, some real some metaphoric. Yet today as I was wiping the bird shit from my arm, a bus stopped next to me and the driver called to me by offering me a handful of wet-wipes. It was a bright moment in a dark place and it reminded me that at rock bottom, the only place to go is up.