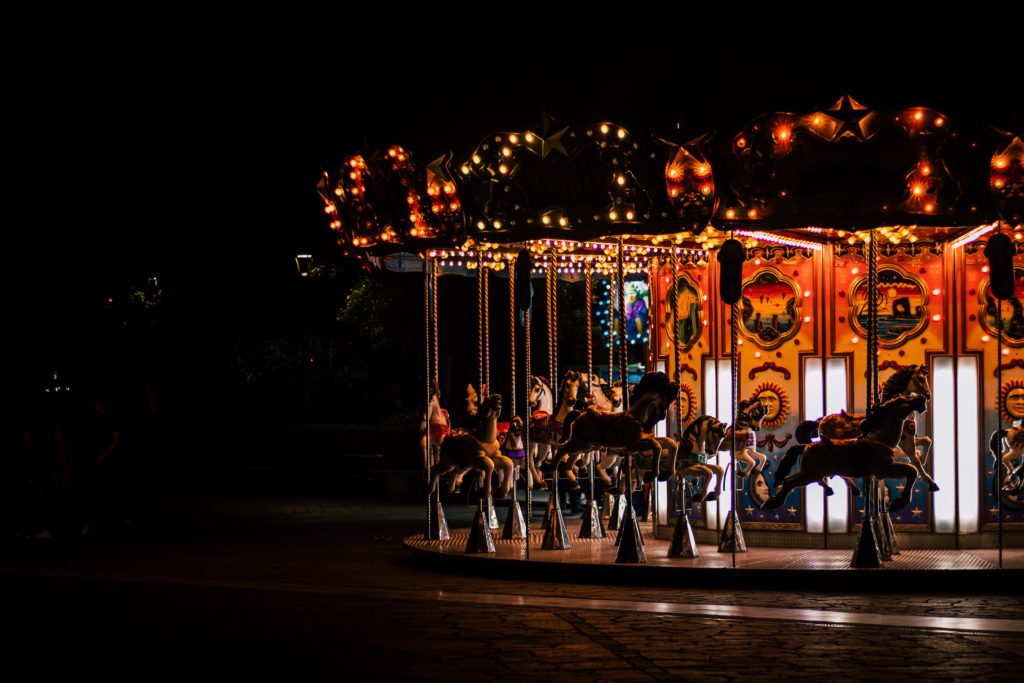 Our stage is a carousel.

The lights shine with the power of a thousand light-bulbs subdued by their own excess.
Engulfing everything else in darkness.

As from an ill-tuned piano trinkety-tronk music plays.
Whining as though painful laughter.

An illusion for the senses.
Eyes. Ears. Time.
Trapped in the lack of space.
I’m choosing my ride.

Should I sit on a horse, as did the kings of old?
With carved curled mane and golden saddle.
Should I tame a mighty elephant, like sultans and soldiers of the East?
And revel at my accomplishment to dominate a beast.
Should I force cruel impossibilities by riding a dolphin?
or sit alone in the chariot made for two?
Else, like the Messiah, ride humbly on an unordained donkey.

Or should I simply stand there?
On the stage.
Holding on to a pole.
As it takes me round and round.
Nowhere.

The music will fade.
The wheel stop.
The sound of sighs and dying laughter will overpower the silence of the darkness that awaits.