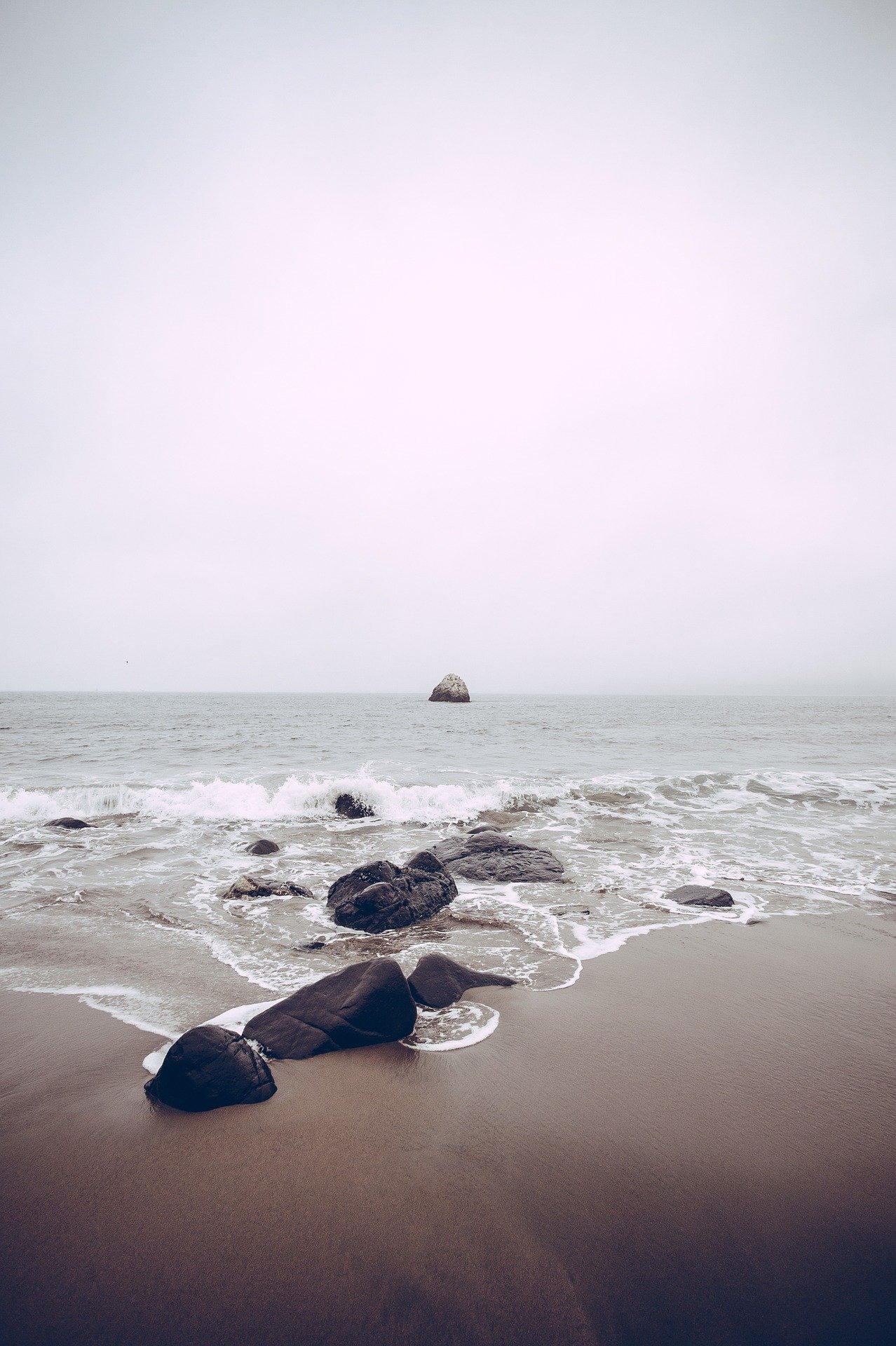 The past few week, maybe months, I have been increasingly fascinated by the concept of dissolving one’s own individuality. Similarly to how a stone on the beach gets softer and more uniform with repeated caresses from sand and waves. Hard edges soften, essence reduced until the stone itself is just another grain of sand: unique on close inspection, yet indistinguishable from the plethora of seemingly identical entities.

What are we humans? Misshaped rocks that force water into violent eruptions on their encounter? or sand, grains collected into one unity that smoothly and amiably flow with the water, not against it?

I am not sure when or even why these thought started creeping up on me. I suspect that I have had them longer than I realise, perhaps with a different name and in the shape of a different spirit. Regularly I ask myself whether this is a healthy inclination or if it is a new version of me avoiding to face my shortcomings. A phantom distraction from my own lack of progress, the hopelessness of human nature, and the meaninglessness of existence. Obliterating the question, rather than searching for answers. However, I can’t help but to imagine that subduing emotions, reduce selfish pursuits and pleasures and substantially eliminating one’s impact on this world, is a good direction to go…

The human brain is a powerful tool and I have been inspired by the quasi-religious, pseudo-scientific accounts of tweaking brain waves and cognitive patterns to achieve an intellectual correspondence to Nirvana. I’ve started to meditate almost daily, sometimes for hours, not to relax but to train away my natural responses, preprogrammed instincts and emotional reactions to the life that I am existing in and of the individual that I possess control over.

As a younger person I always used to feel that we had an obligation to action, to help, to teach, to contribute. I saw it as a personal mission to be someone and for that someone to help other someone:s, sometimes succeeding, other times failing miserably and occasionally doing more damage than good. I used to believe that sharing time and teaching was the greatest gift one could bestow onto others. But the more I learn, the more I realise how little I know. And the more I realise how little I know, the more obvious becomes my inability to contribute in any substantial way. The overwhelming sensation of my inadequacy overflows my ego and leaves me humbled, bowed down in a soothing release.

I used to despise the notion of self-righteous self-obliteration. That reaching spiritual bliss through isolating and erasing yourself was nothing but a lazy and selfish approach. I guess I am no longer so sure. I am becoming increasingly tempted to accept that it is a worthy sacrifice to give up emotional ups and downs for some peace of mind. To forgo success, justice and ultimately the self if it reduces personal and civic struggle.

Maybe I am temporary lost, simply lacking goals and desires, and with the right stimulation will end up finding myself again at any moment, or perhaps I am simply turning Buddhist.