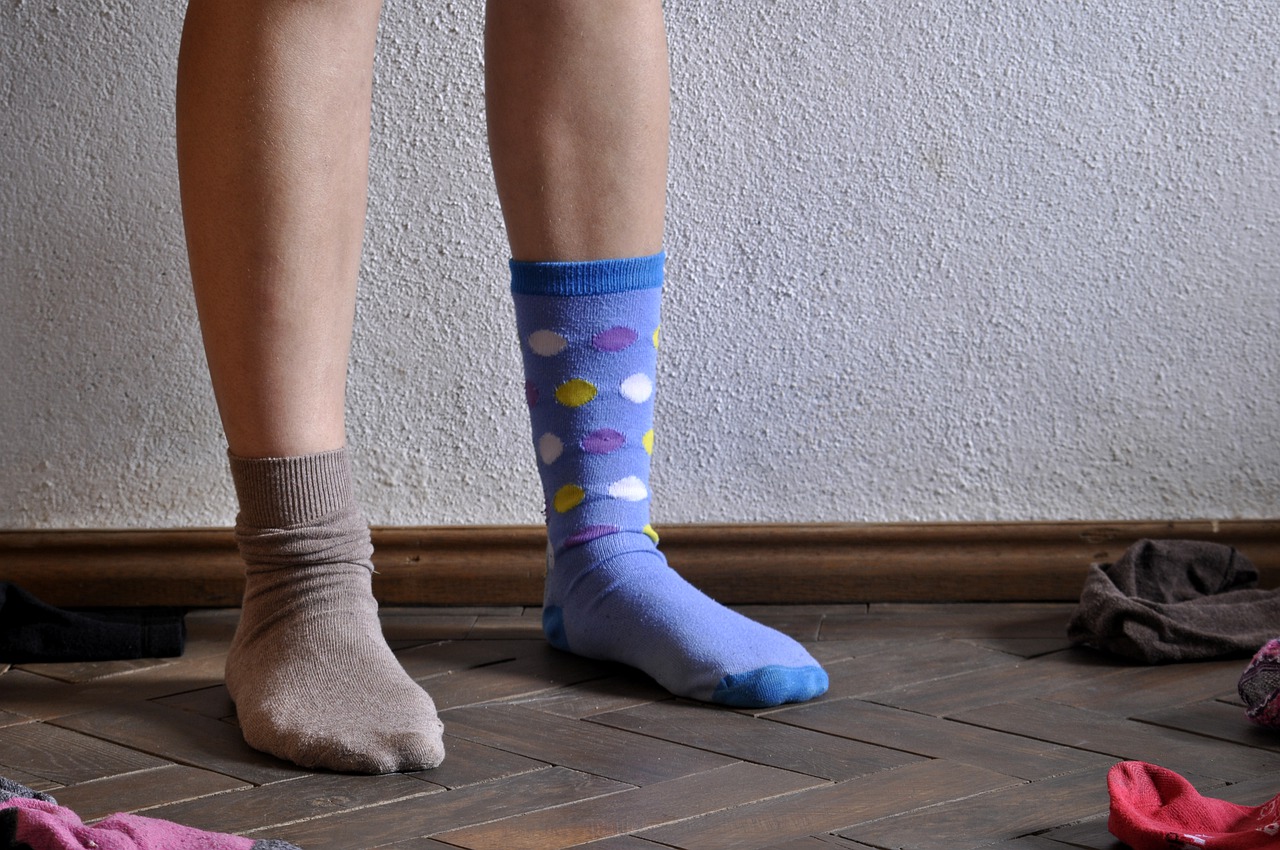 We have all been there. Laundry has been done, and after tirelessly matching all the socks, only two are left and they clearly do not to belong together. It makes no sense, yet it happens all the time.

Anne was standing at the hotdog stand. Pretty drunk, and definitely hungry. Or maybe not hungry, but desperate and bored enough to buy a hotdog from a vendor who without doubt was making good money on late Saturday nights such as this one.

Fiddling with her wallet and balancing the hotdog simultaneously was hard, but while claiming no expertise on the manoeuvring, she’d done it before and there was a sort of false sense of reassured confidence in knowing it could be done. Normally, she was anything but a risk taker, but after enough beers to have lost count she figured she had to live a little.

It was one of those nights where her three, and all, friends had left the club early with either their boyfriends or newly met someones. Anna had been single for close to as many years as she had had beers and she never met new anyones. Convincing herself again that she was a complete bore, her friends had once again left her alone and feeling sorry for herself.

Food was always good for that, and she was ceremoniously, if not therapeutically bordering to religiously, munching on something that may or may not contain any actual meat products. Hotdogs nowadays, she thought, blasted vegans and their… their… corn flour and their f*cking tofu, who knows what’s in them nowadays… and proceeded to take another bite not caring much for the content, …ketchup fixes everything.

Except when it doesn’t. Right now, Anna was standing solo on the street, half-eaten hotdog held with two drunken hands while as in slow-motion fighting ferociously with her whole being to not get ketchup on her jacket. The red blob on top of the hotdog was hanging ominously over the edge and as though beaming at her maliciously. Go on then, I dare you… she taunted the blob of ketchup and despite being drunk she felt immediately ashamed of herself for her idiocracy. God, her life sucked. A self reprimanded sigh caused Anne to tumble just slight enough for the blob of ketchup to take a leap of faith directly to its target on Anne’s jacket.

Two blocks down, a drunk man named Jake was also spilling ketchup from a hotdog all over his jacket. Unlike Anne, he couldn’t care less as hunger was the most immediate concern and, while intoxicated, visual appearance meant even less than usual, which was already then alarmingly low.

In contrast, Anne was detail oriented and an artsy-fartsy kind of girl, but she hated that other people pointed it out. Elegance was suppose to be a silent aura around her. She worked in the library and was convinced that she was probably quite dull as a person. Her friends would disagree, but mostly to be polite and not because they believed differently. In truth, Anne was hard to get to know because there just wasn’t much to get to know in the first place. Anne suspected so, but couldn’t think of anything to do to change that. Now drunk and soaked in ketchup, all her self loathing bubbled up and defeated she made her way to the bus station.

Jake, on the other hand, was a sporty guy who kept postponing getting a haircut. The combination of a fairly fit figure on the inside that was poorly maintained on the outside made him look like a washed-out athlete that succumbed to drugs and alcohol after a knee injury. Granted, he was remarkably drunk right now, but his knees were in pretty good shape. He reassured himself by tapping the knees a couple of times. Still in place, he told himself proudly. Simply put, what Jake lacked in basic grooming he made up for with disproportionate and bordering offensive confidence. Tonight his blasted friends had left him alone at the pub when he attempted and expectantly failed to chat up yet another woman who, from an as objective point of view as anyone can ever claim to be, clearly was way above his league. No more ladies tonight! No, ever! Nah, tonight… he reasoned with himself, …better calm you horses there cowboy… Being with women-folk is important for the survival of the species!

Truth was, Jake was a lonely man that had never been taught how to identify that feeling. So to him a grinding discomfort he could neither identify nor subdue nor suffocate was resting like a stone in his shoe, painful and persistent and not even women above his league seemed to do anything about it. Fed up from foreign, f*cked up feelings, he directed his footsteps towards the bus stop.

When Anna arrived to the bus stop a long haired man was already waiting there. He looked drunk, but friendly enough so she relaxed despite their solitary position. She noticed that he too had ketchup on his jacket. She smiled at herself while bothered looked down on her own stain.

“You, you got ketchup on your, on your jacket,” Jake drunkenly pointed out to Anne and with some effort handed her a napkin from his pocket.

Trying to think clearly in a drunken state, Anne still couldn’t believe her ears. A man covered in ketchup had the nerve to tell her about her own, in comparison, tiny blob.

“Hey, mister, you gotta-a-lot-a nerve”, Anna snarled back but took the napkin, “for your information you’re-a spilled ketchup all-ova a-a-also”

“Mmm, know… “, Jake said head bent, chin to his chest, in contemplative observation of his own jacket,”I just thought… it kinda might bother you more than… ya, than me, maybe. So I thought, I could give you the last one. The last nap-napkin that is,” he added at her confusion.

Anna started at him and felt immediately ashamed to have reacted with accusation at a kindness.

“Right. Sorry. Thanks. Thanks for the napkin. I’m Anna…” she said.

“Jake.” Jake responded. “I had a hotdog, ” he continued in panic after a moment of awkward silence while pointing at his messy chest.

“Me too,” Anna countered and pointed at her own, now smeared out from rubbing the napkin all over it, mess.

“You know,” Jake continued thoughtfully, “God knows, what’s in those hotdogs nowadays, like… Is it even meat?”

Anna started at him.

Jake continued “Or like, what kind-a meat? Ya know? I read in this paper they add potatoes, like what the actual hell, inside the sausage, like not a-side or like fries, or a-anything like that, but like right there smack-pack in the middle, squeeeeezed in between the gooey meat paste. It’s like a whole fucking dinner right there on the inside of sausage, restaurant hotdog kind of. You don’t even need the bread. Ya know? Nah, ya know, ketchup, oooh yes sir-rie, now ketchup is a whole different shamasch. Tasted the same for hundred fucking years. Like,… not that I know that for sure. I mean, I’m only 28, but I tell ya,… I’m sorry I be talking nonsense. You must be bored.”

“No, no, I was thinking exactly the same, ” she perhaps even more surprised by her words as Jake was. Starting at each other on what could only be described as a moment, a bus was approaching and neither Anne nor Jake knew if it was their bus.and even less sure if their newly found companion would take the same or leave them once again alone in the night.

The problem with laundry and mismatched socks, is that you have only three feasible options: you match them together, looking like a fool; you leave them alone in the drawer hoping to eventually find the match; or you throw them away, accepting fate as it’s presented.