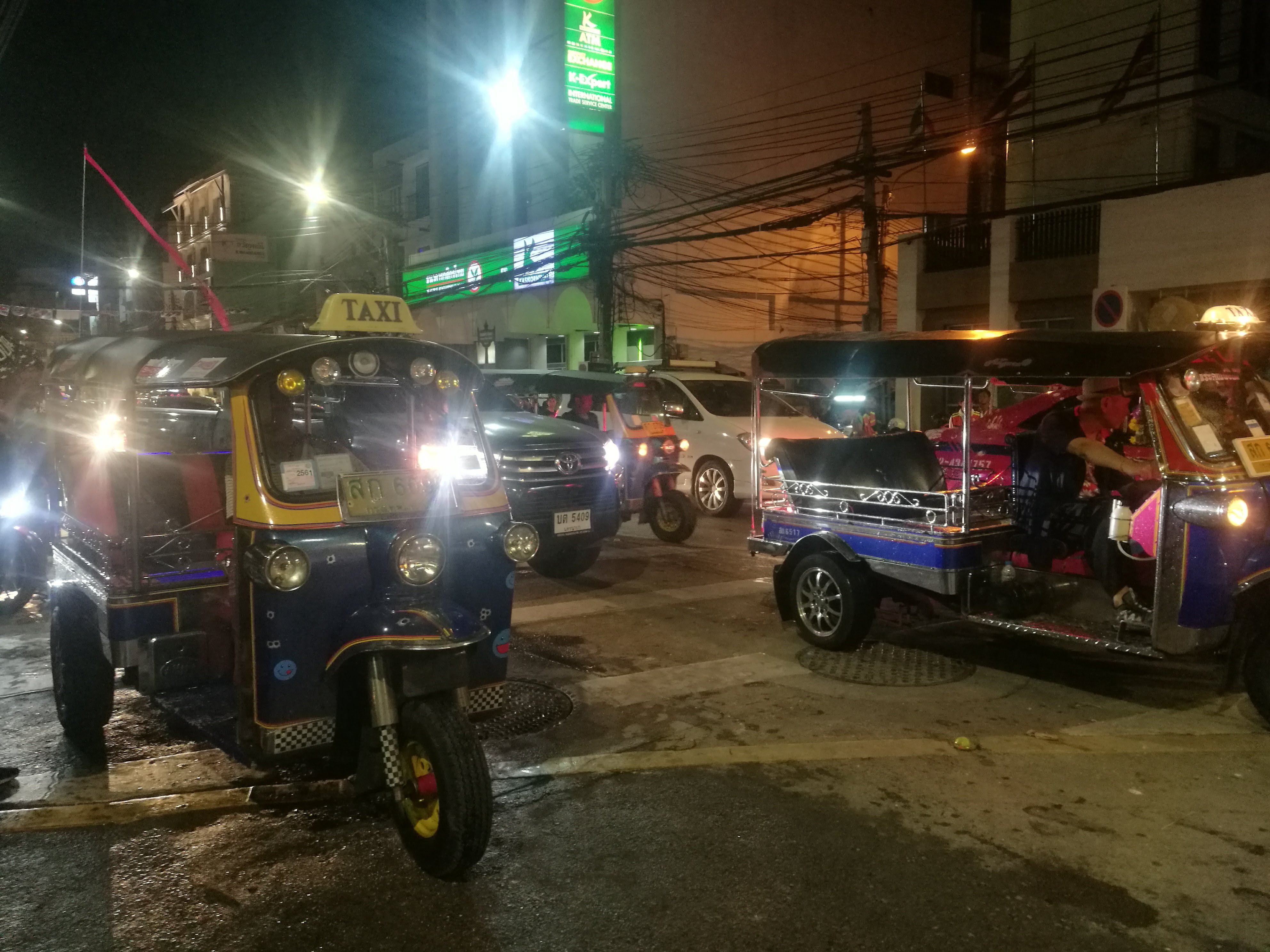 It was not as bad as I thought. From a selfish point of view, that frightens me almost more than the reality of the situation itself.

There was a large group of us, all tucked into four tuktuks heading towards districts of less morally sound nature, coming from Khao San road that’s saying a lot. For 300bath each we entered a shady room where neon lights lined a small, square stage in the middle of the room. We were there to see one of the infamous ping pong shows. Originally I had no intention of joining the group, but with the lack of anything more appropriate taking place I let myself get carried away while motivating to myself that I was educating myself.

The majority of women on stage were well beyond 40, their small, soft bodies held nothing of the innocence of youth, but betrayed a lived life. Their awkward solo dancing before the main event looked bored, disentangled from the situation and for all I knew they were contemplating what to cook for dinner the next day, whether the kids were being bullied in school or how to deal with their mother-in-laws. Most likely I’m fooling myself. Their behaviour leaving the stage implied a life that’s for sale, only now to old to have any market value on streets where teenagers fight for the visiting men.

I did my best to be as respectful as I possibly could in the situation. Their life, no less than mine. Only circumstance placed one of us on the stage, the other in the audience. In truth, the lesser life is the one paying not the one surviving.

I did learn something very valuable. There are few things that we won’t do and those close to that border we do with an intense judgement of others rather than, the more appropriately, ourselves. Men in the crowd were repulsed, yet fascinated they’d gone. Women in the crowed looked with humour and looked down on upon those standing above them on the stage. Sitting in the crowd I was balancing the feeling that I ought to feel pity while simultaneously not place judgment to the choices that led them there.

We leave the place in silence and the tuktuk ride back held nothing of the kids-doing-something-naughty feeling present on the way there.