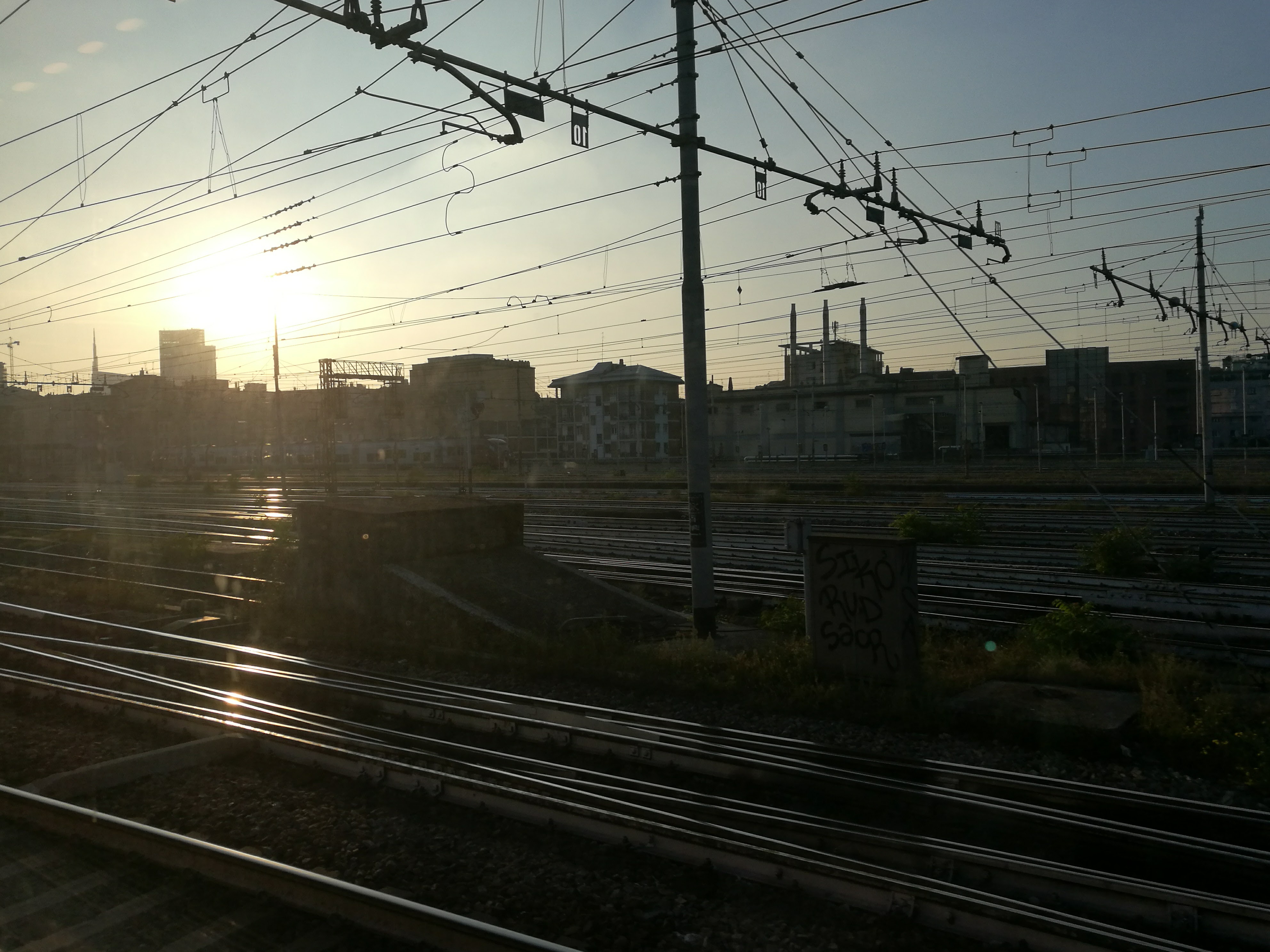 Two days ago I had my most Italian experience up to date. My (second out of three) train arrived at Milano train-station 15 minutes late. Having lived in Germany, I am no stranger to run to the train connection. So, in high heels I ran like a madwoman, doing my best not to fall over trolley-bags (God, I hate those! When in a hurry they appear out of nowhere!) and/or dogs, to catch the connecting train that according to the billboard, still was in the station. Hitting the right platform the train was indeed still there. A few “workers” on smoking break gave me a glance (that I now identify as a sort of gleeful pity) as I hurriedly went for the closest door. Still running I saw how the train slowly started to roll away.

Stumbling right before the finish-line left me in a frustrated state and I steered my path to the (three floors down) ticket-boot. In the little office, a line of “missed-the-connecting-train”-people, to a size (with exaggeration) worthy of the Exodus, greeted me. Arranged in a cone shaped cue I glanced towards the pointy end. In what looks very much like one of these popcorn-selling stands on old circus photographs, an older gentleman was sitting. What I was to understand the following few minutes was that the man was distributing, with ridiculous inefficiency, cuing tickets for other cues leading to people who, supposedly, could help (this last assumption has to be greatly revised in retrospect…).

I made my way to my “second” cue. This time, blessed with number on a piece of paper that gave me the empowered feeling that I had all the right in the world to be upset about this robbery of precious lifetime. Standing there waiting for seemingly forever, a foreign gentleman called upon my attention. He asked me where the button for the cuing tickets was located. I pointed to the enormous cue behind us and the man breathed out a sound somewhere between an “aha” and an “oh…”. My irritation for the situation intermixed with compassion for the soft surrender of the gentleman and I replied with a sort of dry, apologetic humor: “This is Italy…”