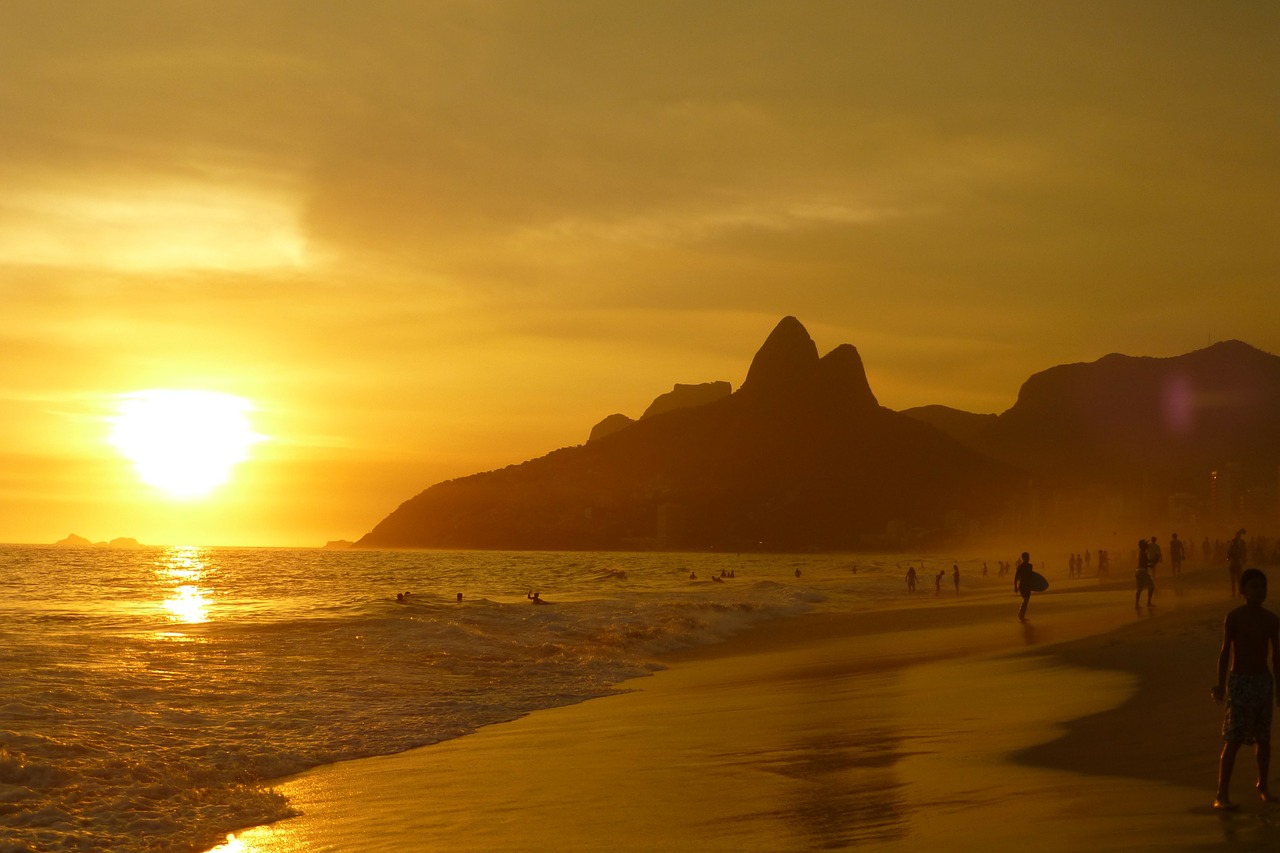 Life is pretty sweet at the moment.

I am sitting in the hotel lobby / restaurant area eating breakfast. The buffet is filled with exotic fresh fruit, juice, coffee, dozens of cakes and bread. It is very early and calm as the area is almost empty.

Yesterday me and my eminent supervisor took the 18 hour trip from Magdeburg to Vitoria, Brazil. Mostly flying at night the transition was surprisingly painless (I am particular impressed that our luggage did not get lost). First to Hannover by train, then to Paris with plane, Rio de Janeiro by night flight and Vitoria with domestic morning flight. My travel companion pointed out that in less than 20 hours we had visited 5 cities, 3 countries and 2 continents; traveled by tram, train, plane, bus and taxi. I think it is a new personal record.

The stop in Paris might have been stressful as we only had something like an hour to change flights; change terminal by bus, find the gate number despite all monitors being broken, go through security and run around a bit when trying to locate the gate, but everything ran very smoothly. In fact so smoothly that we had time to make complete fools of ourselves for at least 10 minutes. Sitting at one of Paris’ airports looking at the huge line slowly entering the plane that we too were taking, the monitors display “last call” and the name Dernier Appel. Sitting there pondering what is so special about this Mr Appel the line gets smaller and smaller until we are really wondering where on earth this guy is. The level of maintainable self pride is slowly ticking away behind our consciousness and the school-French make a sudden guest appearance (four and five years of it!). Embarrassment settles as my friend points out that Dernier Appel means “last call” in French; self pride level approximately zero… Feeling like a complete moron, but happily so, I enter the plane with my travel companion and head of to Rio.

The language troubles are far from over. Entering Brazil the lack of Portuguese skills becomes the problem not the least as everyone simply assumes that I am Brazilian – despite being white / beige / yellow as a sheet in my tan-lacking condition. Just barely gotten back to speak German, I now have to produce some Spanish-English combination, even though my Spanish is not nearly as good as theirs and their English is not nearly as good as mine (read unexistent). Struggling with a few Spanish sounding words here and there in a sort of English-German mix I am usually understood when I point and gesticulate in a proper Italian fashion. I love it!