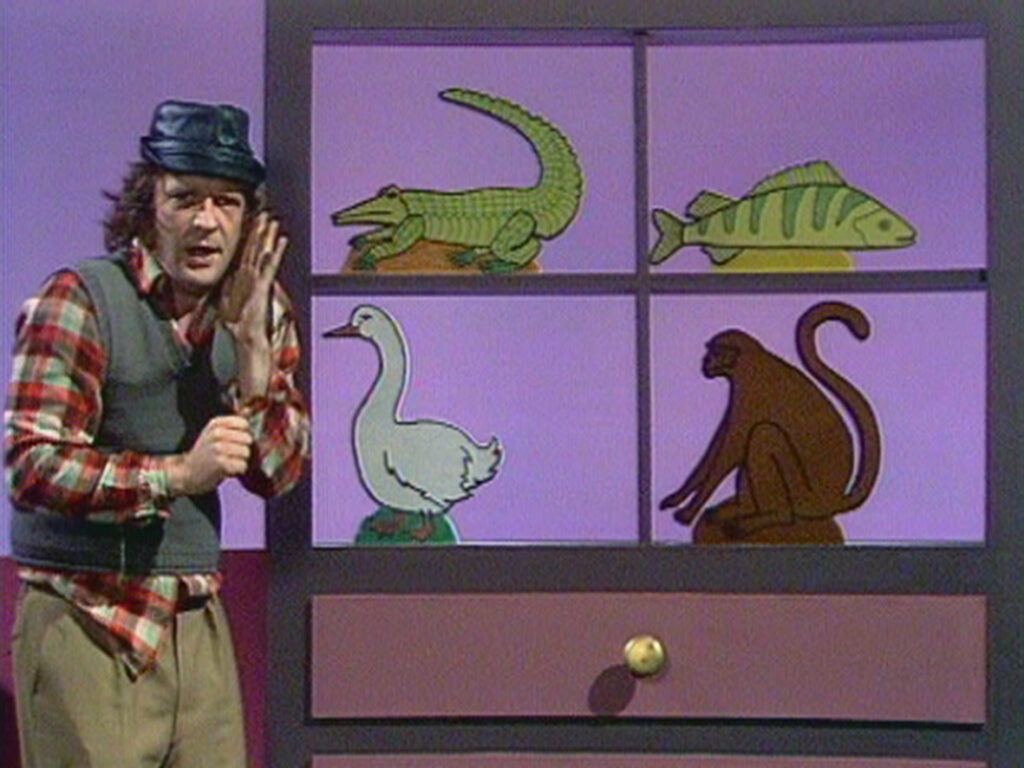 All Swedes younger than 60 and older than 20, is familiar with the kids tv-show “Five ants are more than four elephants.” It was an epic show that aimed to educate kids about language and creative thinking through games and singing.

One of the highlights was the game “One should go” based on four objects inside the Latjo Lajban box. The objects (usually animals) were presented in four boxes and the task was to determine which of the objects did not belong. The three characters of the show all had to give their respective reasoning about why a particular object had to go, usually providing very sound, but different answers. The lesson to learn, I guess, was that there are many ways in which things fit together and by which it is possible to build categories.

Not having thought about the game, nor the show, in many years, I was reminded of the problem as I was in a situation in which I felt so very much like the odd one out. Fitted into one little box next to people in other boxes. It’s not an alien feeling, to be the least appropriate, the least similar, but in that scenario, I very much belonged and the conflict of real-life connection and the obvious feeling of pointing my finger at my own box claiming “that one should go” left me feeling vulnerable about my person and uncertain about my role.

Nothing in life is perfect. There is nothing in life that makes 100 per cent sense. Life just happens and we try our best not to fuck it up completely. Homogeneity lessens the deeper one looks and it is in the depths where things get interesting. With that in mind, I let my trained intellect dominate my emotional instinct. The game in the tv-show demonstrated that eliminating one object out of four has, at least, three plausible solutions. Neither of the answers is more right than another. Any of the animals can go, it is all about perspective.