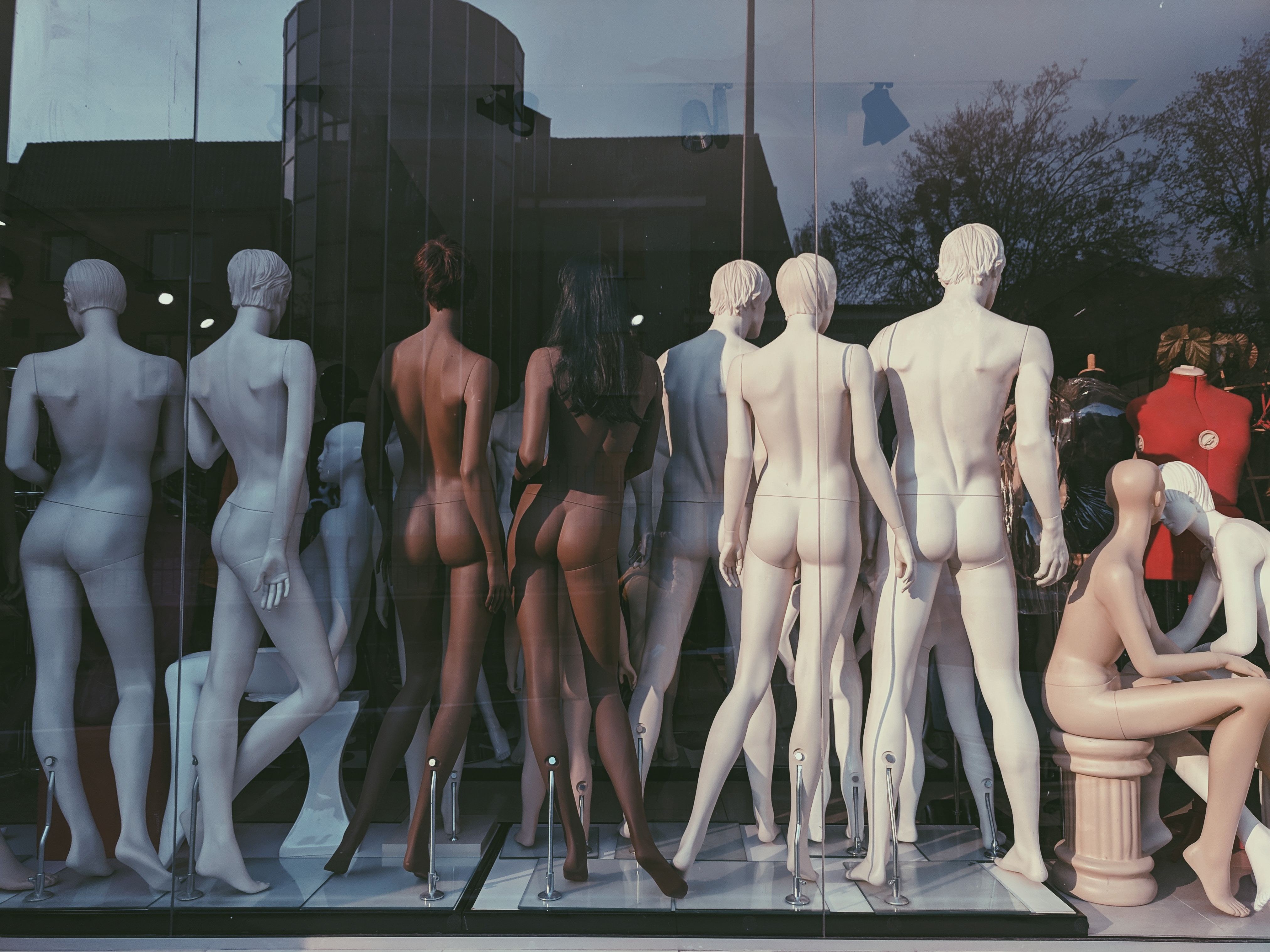 I had forgotten to put on a skirt.

This realisation hit me as I walked through the door, not while leaving my house but entering the personnel office at the university. Naturally, the day I forgot how to get dress was the day I also applied for a job.

Justifiably you’re probably wondering how on earth it is possible for me to walk through town wearing nothing but stockings and not realising this earlier. Trust me, I’m wondering the same. In the future when people get the impression I ‘got all my shit together‘ I might add this to the collection of counterarguments.

I blame it on the I-have-sh*t-to-do-before-my-bus-leaves stress that forbid me even to shot an espresso before I got down to business.

Now instead, I was forced to hope that maybe people simply assumed that under my jacket there was the minuscule excuse for a skirt to cover at least the most indecent of squishy bits. After dealing with my business, I rushed out of their office, quickly changed my second stop into H&M to buy the miniskirt that I so carelessly failed to put on earlier. Moments later, in the store, another disappointment. They were out of my size. Frustrated I grabbed a longer ‘pinskirt’ styled piece and without trying it on, ran to the counter adding a bunch of socks in the process.

After paying I hid behind some clothes racks and simply slipped the thing on while praying that no one would notice and think I was stealing it, or even worse, realise that I was not wearing a skirt in the first place.

The skirt turned out to be ridiculously tight. Half running to the bus I get the undeniable impression that wearing a skirt like this is like doing a ‘butt-lift’ session at the gym. The experience opened my eyes as to ‘why’ female butts looks so good in this kind of skirt, you just need to stay devoted and voila ‘fab’. Not feeling very ‘fab’ I rapidly ended up folding the skirt a few times, turing it into a miniskirt at the expense of adding a few ‘tires’ to my hips. Clearly I am not the right woman to look good in this kind of skirt.

As I later sit on the bus another realisation hits me and I loudly for everyone exclaim “sh*t”. Naturally I had forgotten to throw away the garbage. I often find it difficult to return home after trips, this time this feeling will be rooted in something substantial.

It’s a rather depressing realisation that starts to be illuminated namely that I am only in control when there is an even bigger mess than myself that I somehow feel responsible for, around. Hashtag relationship goals… yey…

Chilling in the bus a bigger issue than garbage enters my life. Due to a traffic scenario we end up in a 80 minute traffic jam. Woho! for for once taking the bus instead of the train. Around me people were panicking. I was rather chill. Sooo much time. No worries whatsoever. Arriving, sooo much time had turned into better make a run for it and I rushed through security aiming for the gates.

…Naturally, I was starving and had had no time to eat anything proper (or improper as would be more likely (see YOUTUBE LINK)). Instead I rushed into a cafe and get two cookies and a mint macaroon that I munched on as I quickly entered the plane as one of the last to arrive at the gate. To my conflicting pleasure the macaroon tasted a lot like eating diluted dried toothpaste. Refreshed, I was glad I saved that one for last.