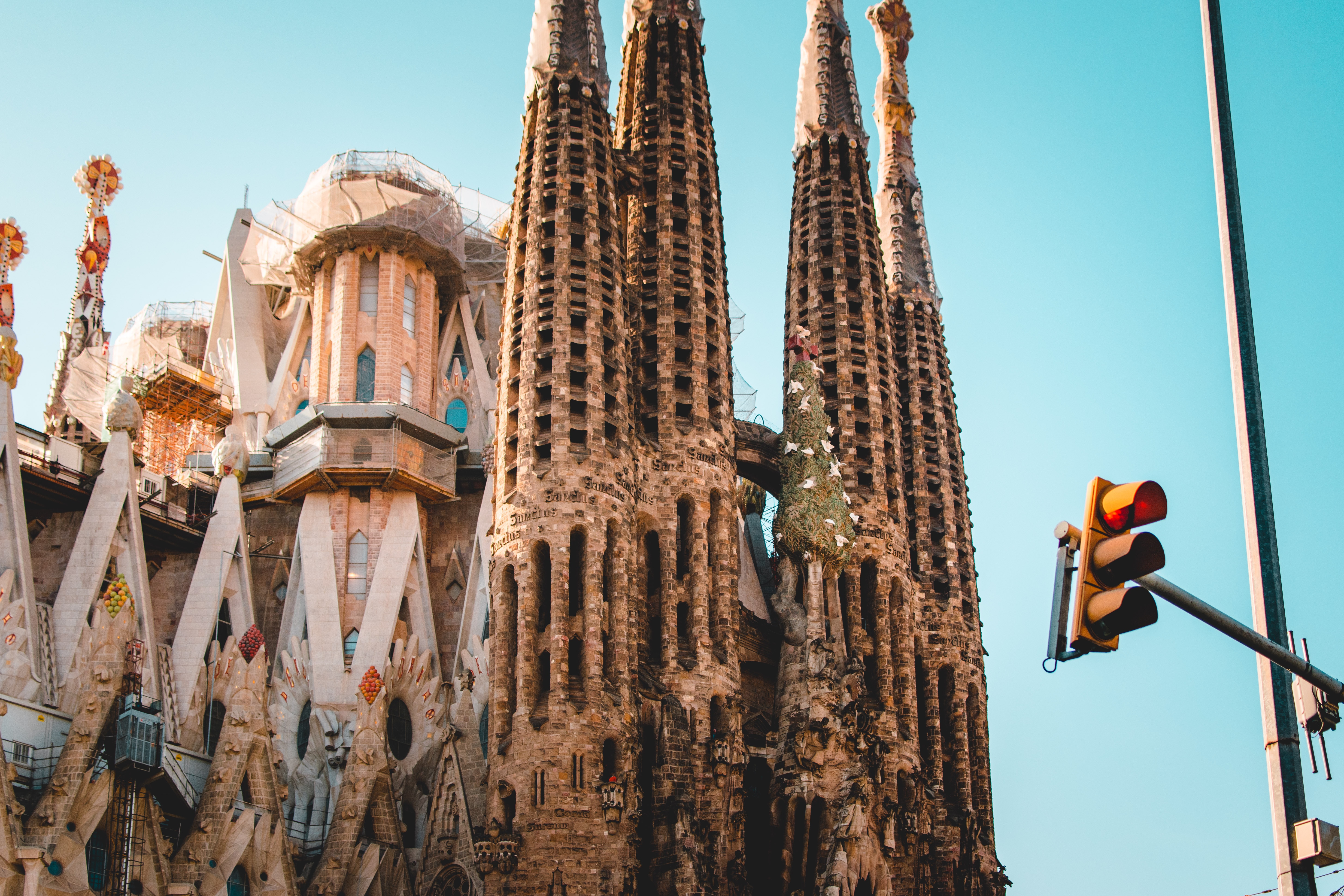 On Mr. Posh Spice‘s request, I break a silence I had devoted to work and novel writing. Not being a man to ask: “how are you doing?”, he instead referenced the regular “emotional-status-report” he apparently view my blog as. During a walk towards Sagrada Familia, we discussed the two possible incentives of such socially obligatory questions (one being selfish, the other altruistic). After that, a refusal to write about the weekend, seemed rather rude.

Together with Posh Spice and his Ms. Debate, I was in Barcelona for a small scale people-from-long-ago reunion, at Bambi and Pandabear‘s place.

As Bambi and Pandabear were bickering, and Posh Spice and Ms. Debate were calmly teasing, I myself was raging war at the bird nest in my hair. The saying states that we should choose our battles wisely, and I was, without mercy, loosing. Perhaps I too should get a husband, so I stand a chance.

In spite of the love battles, the reunion turned into a few days of cosy hang out; sightseeing; last minute decisions regarding “sleep-ins”; hours on end of modern art; discussing wedding dresses (for Ms. Debate); snuggling with Bambi; hiking up a mountain to eat insane amounts of “unions” and then naturally hiking down again; too much tapas which I, naively, had not thought possible; and “looking and smiling at people for an almost uncomfortable duration”, something, they tell me, I do a lot.

It was a refreshing few days as work and “jämna plågor” (Swedish expression that roughly translates “regular agonies”, but is most often used semi-humoristically) escaped my mind for the first time in very long. It left a feeling of weightlessness, and a hope that my lightened state will rapid my advancement forward towards those milestones.

After Posh Spice and Ms. Debate had left, Bambi, a childhood friend of hers and myself went to a Balkan party. In the spirit of Spain we were late, very late, running through the streets in the pouring rain, calling out to any, and all, taxis without success. Finally, as we reached the club a sign on the door said: “Sold out.” Panicking – in Spanish, Bambi by some miracle, managed to get us inside.

One of those moments, rare enough for their existence to be questioned without hesitation, yet then there was no denying it. For a few minutes I was ten years younger, with an anticipation innocent enough to hold no expectation, masked under the deceiving confidence of those ten years.

And then, just like that, the moment stole itself from me with a car leaving. Moment-less, all that remained was the authenticity of these moments, and the struggle if the battle for the “hopeful expectation” is worth risking to loose the “innocent anticipation” the moment had offered. Pandabear was, and is, ruthlessly pushing for the wild card.

Finishing up this post, I am reminded of the amount of time it takes to write these… and, sadly, my current workload will guard its time jealously. If you enjoy reading my posts, please be patient.

One thought on “Breaking the silence”