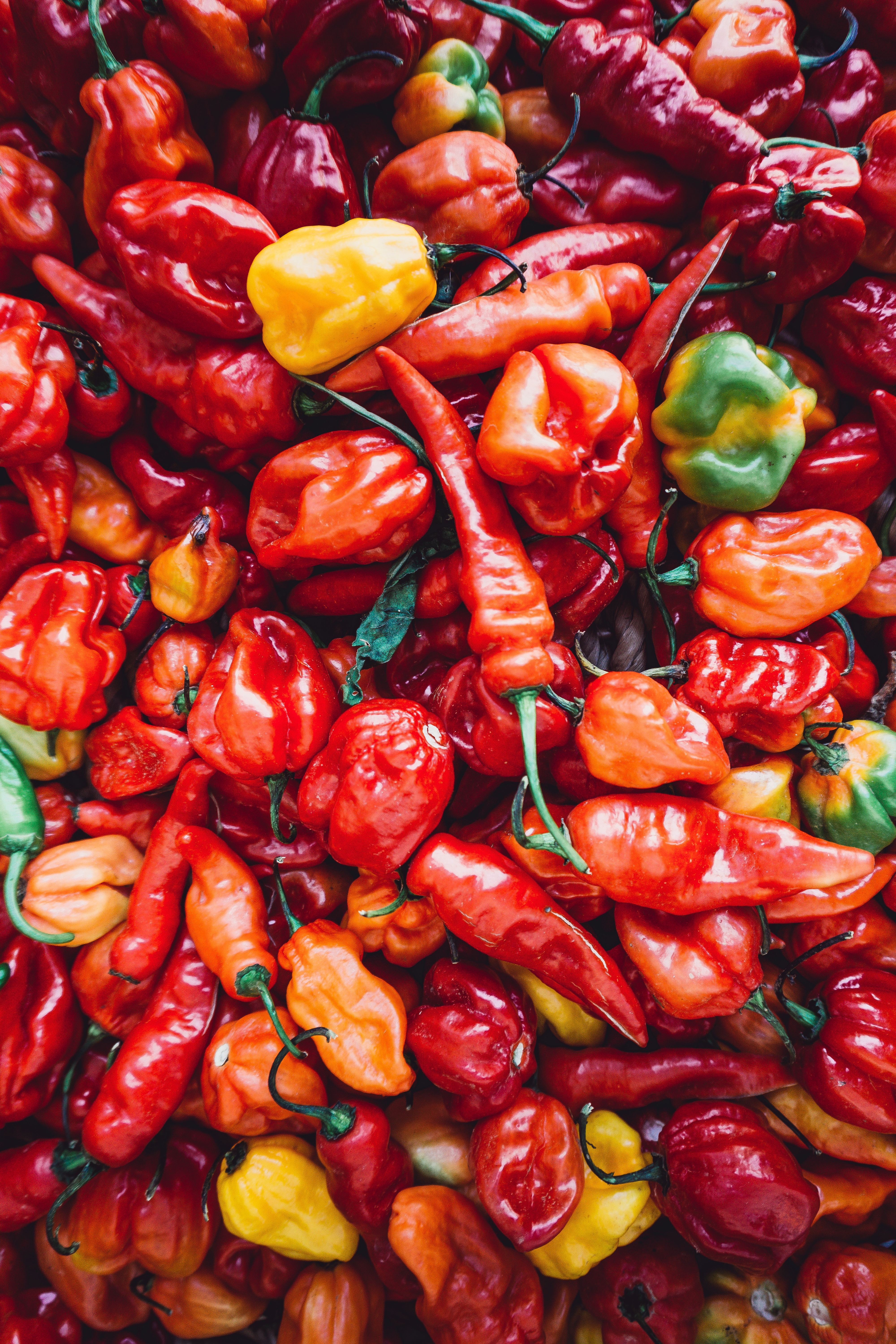 Today was one of those perfect days. The warming sun was mildly hot and accompanied by the sweetest of summer breezes. On our bikes in the South Tirolean country side we were on a mission: to acquire the (according to some) hottest chili in the world – the Carolina Reaper.

Part of the adventure was, naturally, to get a bit lost, but the beauty of the landscape made it a pleasurable detour. Apple plantation after apple plantation lined the roads we traveled and in a cafe in the middle of nowhere we sipped on cappuccino, nibbled on ice-cream. For a second I completely and heavenly zoned out, fully freed from the feelings of familiarity. A few rows of apple trees away laid the little 200-kinds-of-chili garden-shop we were hunting for.

Safe to say is that the amount of chilies kept Don Quijote mighty pleased as we strolled in between the rows of chili trees. The initial desire for the wrinkled, red, monster chili from Carolina was subdued once we got there. Instead the variety of the chilies gave of such a warm atmosphere, that the beasts marked with 10+ strength was left mostly untouched. Instead Don Quijote picked a harmless looking pink beauty. More modest still, I settled for some herb bushes.

The life in Bolzano has started to take form. Indeed, the last two weeks was so amazingly packed with activity that if I compare it with the past year I am closing in on equality. For example, we accidentally (though very briefly) dropped in on a heavy metal concert outside the Harley Davidson store, saw the latest Tom Cruise “mission”, went to a “high culture”-value concert with the Einstürzende Neubauten  (My favorite part: The first world war – percussion version), and sort of stumbled upon a “south Germanic” runway show showing the latest läderhosen and dirndl fashion all set to the accordion version of “songs-famous-from-radio”. Also, we are now regulars at the local baumarkt, were borderline traumatized by the amount of plastic “wood” at the Ikea-wannabe and I am almost “cool” with the intense, never-ending, I-am-seriously-going-to-break-your-nose-unless-you-stop staring of the Italians.

Despite full force forward on the integration intention, I have been semi-unproductive in the aspects that really matter. The immense paper-writing-work-load has left me incompetent and unable to focus on one thing for more than 2 minutes (hence the nonexistent progress on the blog – I am feeling much better now, thank you.). Instead I devoted precious work hours to the Swedish pass-time of choice: cruising at Ikea. As, sadly, there is no Ikea around, I had to succumb to the enslaving charms of virtual reality.

Although, Ikea surfing does actually have a fairly reasonable foundation. While not completely settled, I may soon be hitting a “home-run”. Located on the top floor in a century shift building down in old town, meters away from the river, an available penthouse awaits my arrival.

The “penthouse” – more honestly called the “attic nook”, is a 25 m² tilted shoe-box. It barely has windows, looks like a sauna and it is uncertain whether the electronics in the kitchen functions what-so-ever. Yet, it has great potential on the “cozy-factor”, is highly affordable and more importantly: it might soon be mine.