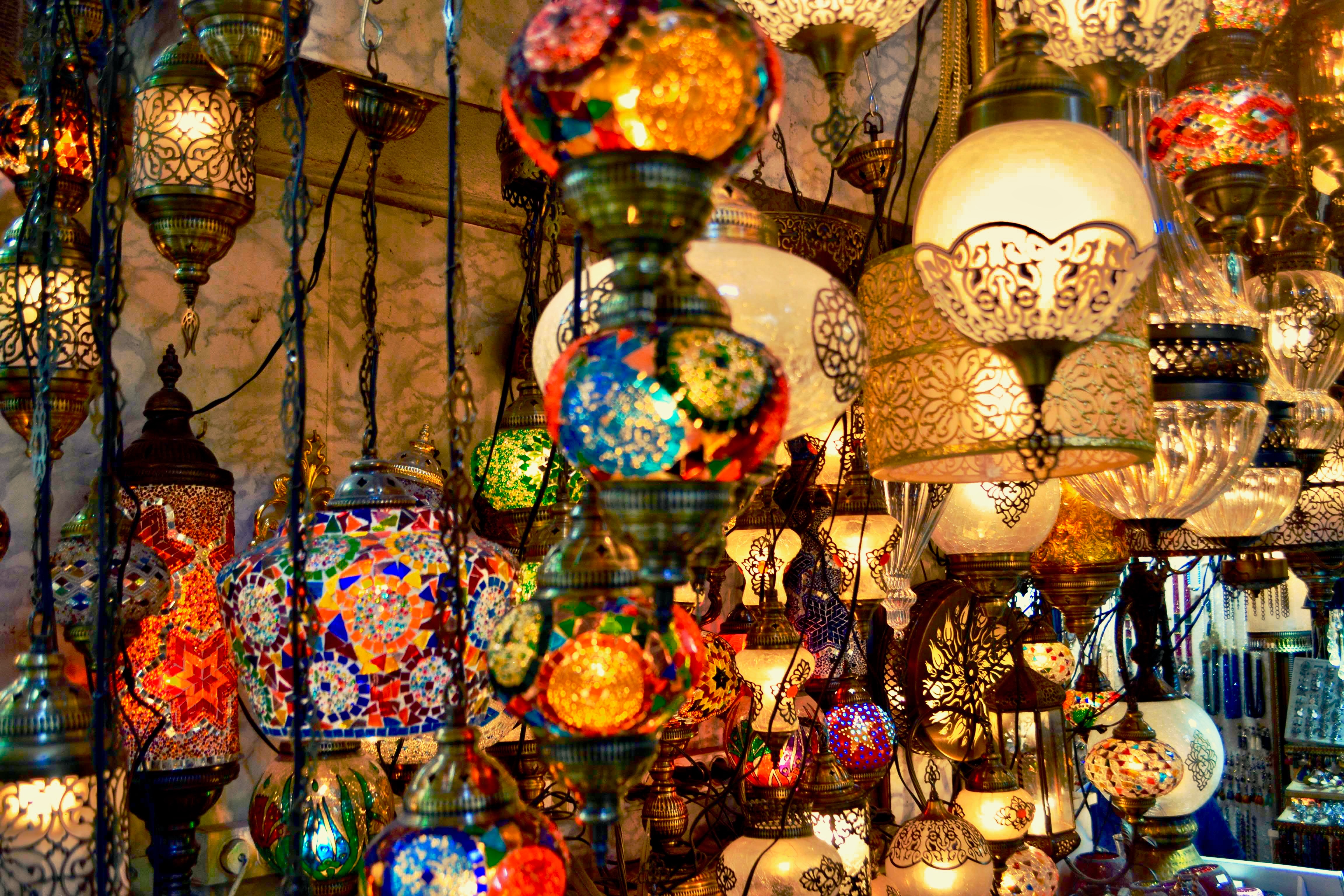 A few days ago I returned from a couple of “work” weeks in Istanbul. As too often when many impressions impose, I find myself exhausted in need of reflection. This time, and to be blunt, I do not know how to process the information gained.

It being my first time in Turkey I was intrigued by the cultural divide. Between completely covered, conservatively dressed Muslim women, half-naked women in what I would classify as an appropriate amount of cloth for “beachwear” was trotting along the party streets. Immediately I felt silly for wondering if I would be looked upon ‘badly’ in a knee length skirt and a tank top. Inter-gender touching, snogging in public, she-males, tattooed women in Hijab, (somewhat censored) condom commercials, and drunken party dancing leaves me confused at this intermix of culture.

Furthering this divide is the accidental timing of our visit in the middle of Ramadan and gay Pride week. A striking conflict of ideology and world view displayed not only in individuals but in society as a whole. I did not expect such a collision peacefully possible at such proximity. The Pride parade was greeted by rubber bullets and water cannons – despite 13 years of peaceful demonstrations, and echoing within is “I told you so”.

The riots were held on Taksim-square, on the corner of our hotel. Eating dinner a few blocks away we noticed nothing. It gave me insights to the ignorance of political corruption found in certain regions of the world. Food in Istanbul was partly a pleasure, partly a “meh”. When the food was great it was amazing, when it was not so, it was pretty boring. Obsessed with Baklava I still did not manage to eat my fill – necessity calls for another visit to the Arabic bakery on the way to work. Dinner out was however always lovely as a social gathering. Don Quijote called it a nice family reunion and I know exactly what he meant. Letting him loose on all the pretty ladies as the rest of us mocked him in some jealous fascination.

Sitting at the dinner restaurants Kurds and Syrian refugees begged for food and money. Distributed all over the streets asking for scraps, grandmothers laid half-passed out on the shopping streets, four-five years old girls danced like monkeys for dinner and families slept on doorsteps. A few memorable moments remain on my mind, tearing at sympathy, compassion and guilt. Grossed out by myself I often did not look at them, indeed I am bothered by their misfortune. Their poverty, filth and hopelessness shames me in both my pleasure and my dissatisfaction. In street corners young boys, young men, filled their lungs with fumes from plastic bags with glue. Escaping their past for a second, destroying their future forever. Dr. Who called it the “face of poverty”, to me it looked like the “face of surrender”.

Working holiday as it was, I was there to deliver a presentation on a paper recently written. As usual I was more uncomfortable to show it to my supervisors than a room full of strangers. As I had reached the finish line of my talk a middle aged man asked me, tucked in between perfectly normal questions, how my research related to vibrating balls.  …  …  …  It took some effort to remain professional in that situation.

In between important work, we also had time to run away to do some sight-seeing. I was completely blown away by the Hagia Sophia. The grandeur of the old building, the religious paradigm shifts it gone through and the spectacular colour scheme of the whole place provided my aesthetic sense a magical pleasure. The Basilica Cistern was bizarre and impressive at the early hour we got there, avoiding the large crowds. We visited a number of different mosques, all covered in blue tiles yet neither was the Blue Mosque – leaving me wondering what made this one so particularly blue. Unfortunately they had closed for visitors at our desired time of entry.

Not being a huge fan of shopping I am immensely fond of looking at what people buy in other countries. Making the tourist traps of the two major Bazaars mandatory stops. Swept away by all the colour and smells in Mısır Çarşısı (the spice Bazaar) numerous Turkish men made a fuzz to try to sell me stuff. One man in particular managed to catch my eye by a cheap attention trick with the purpose to lead me into heaven – his store. Being accompanied by a group of gentlemen walking behind me the shopkeeper decided it was appropriate to apologise to the man most likely to be my husband. Like I was a piece of property.

Falling into the trap I did instead around the corner from the Grand Bazaar, desiring a Pashmina (most likely fake) scarf. Despite being accompanied by Sancho Panza – of course perceived as my partner – the sleazy Turkish man did not flirt any less. To the point of ridicule I was apparently amazing, beautiful, so on and so forth… (vomit) Bothered but with the full intention of not getting scammed I did my best to keep my cool without letting the man touch me and telling him straight to his face I would not add him on Facebook and/or Whatsapp. I implied that I indeed had a boyfriend – an incredibly jealous and violent one (I actually said this) and in my haste to get out of there I immediately picked a scarf to my satisfaction. Here my shame starts. Bargaining – a task I had not done in many years and was rather rusty at, ends up at a price I am sure was higher than average (28 LT) but I was okay with. After all the same scarf would cost threefold back home. I gave him a 50 bill, he returned a 10 bill fiddling frenetic with the two remaining coins. “One for you and one for me”, he said flirting trying to touch my hands as he put one of the coins therein. I countered: “No, we agreed on 28″. He handed me the last remaining coin, wrapped the scarf in paper covered with hearts – “especially for you”, he said – and after the mandatory cheek kissing I rapidly exited the shop. Two hours later the scam hit me full force and frustratingly I bitched about it the coming week.

One evening we spend on a late night river cruise on the Bosporus. Watching how as the sun set the never ending buildings on the river bank took over as the sole source of light. There continuing the heart throbbing existential conversations stretched out over what seems half a lifetime. Followed by a late night walk on the same topic – in which little was expressed but much understood. It left me in a frustrating state of angry bliss. Feeling redeemed over the believed reality of things that I for very long convinced myself was never there. Avoiding the confrontation of a question I knew I should have asked, the uncomfortable answer was forced upon me from another source. Leaving me seduced into a situation with no mandate only an unwanted veto. Pondering the ever unbalance and making me once again question my senses.

Being back in Germany people – including my scale – tells me I have lost weight. Perhaps it is due to the heat, impediment or the lack of Baklava but it feels more like dehydration than weight-loss. Not suffering the same fate my balcony hosts tomatoes, cucumber, lettuce and beans that stand tall in full bloom (ref: Ceasefire). Confirmed, but not yet ready for harvest.