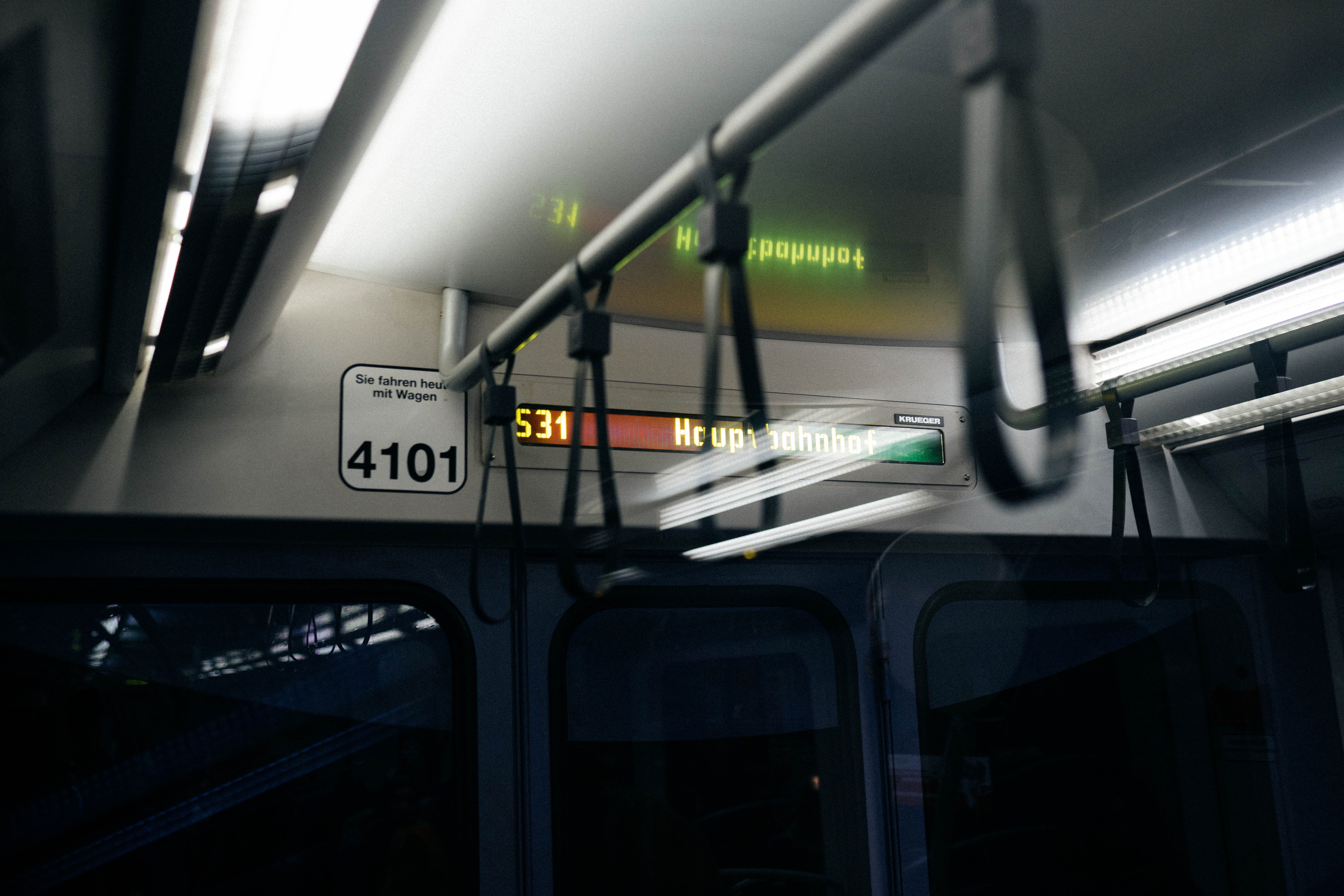 every 5 minutes. It is early. In fact I do not recall when I got up this early the last time. I follow the break of dawn as the view outside the window gets more and more illuminated. The mist lies heavy on the fields, the sun rapidly makes its appearance to my right, towns intermixes with industry and farms. I find the early morning surprisingly refreshing.

A few rows away a larger group is travelling together. They are too loud for this hour, too happy. It bothers me that they display so much amusement at, in my eyes, absolutely nothing. In particular a young woman bothers me. She is the only one I can properly observe. Pretty, with flattened blonde hair (honestly, what kind of person spends time doing that at 05.30?!), drawn on eye-brows, trendy glasses and red nails. She is in her early 20:ies at most, she could equally simple be fourteen, but she wears an engagement/wedding ring. Her high pitched voice bothers me not nearly as much as her disturbing retard-clinging laughter that on regular intervals fills the cabin. She keeps on fiddling with the man next to her. A butchy looking macho-man that does not appeal to me at all. He does not touch her, but once in a while looks at her when she seeks his attention. Germany has such “traditional” gender roles, something that neither suits me nor interest me.

In the characteristic Maria-morning-temper I let the girl and her companions irritate me. Rudely I wish they would just leave. Instead I plug my head phones in and a moment later sweet distraction kicks in as Drops – Harry K sets the rhythm of my thoughts.

The past few weeks life has been pretty busy and despite repeated attempts to write about it, I constantly found myself in a state of while having quite a lot to say, not having any enthusiasm to say any of it. Looking around my notes I find plenty of semi-interesting snippets of writings. I see my point, what I wanted to say, yet now in retrospect it feels forced to continue a thought from the past. Maybe I make a new attempt some other time.   Instead I focus on the nearby future. On my trip to Berlin, on my way to pick my girlfriends up as their aeroplane arrives. I have known them for half my life and while we live in different places I see them regularly. It is strange how some people simply remains while others, often much closer, become complete strangers.